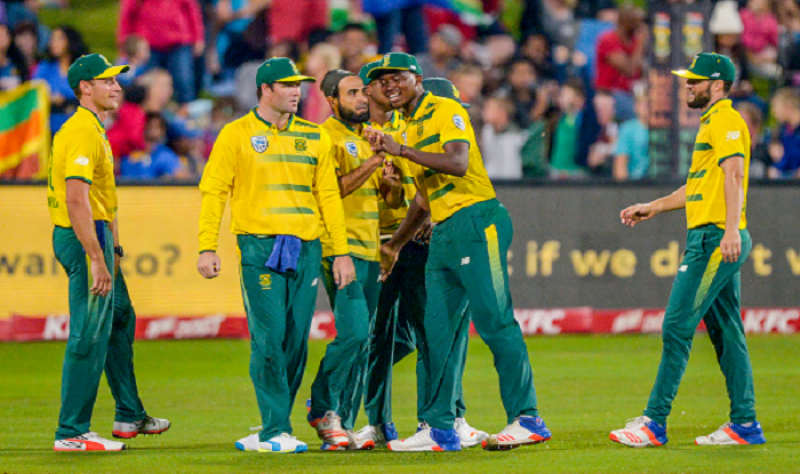 London, UK (Staff Report): South Africa has won the game against Sri Lanka by 96 runs after bowling out Sri Lanka for 203 runs.

Upul Tharanga and Niroshan Dickwella started the Sri Lankan batting to chase the target of 300 runs. Their 69-run partnership was broken by Morne Morkel who got the wicket of Dickwella in the 8th over.

The Sri Lankans were unable to create pressure against the Proteas as spinner Imran Tahir took four important wickets of their middle-order batsmen.

Imran Tahir has made South Africa favourites to win the match as spinner Imran Tahir`s four-for left the Sri Lankan team reeling in the 300-run chase.

Earlier, Sri Lanka decided to bowl first against South Africa at the Oval, London, and the first match of Group B.