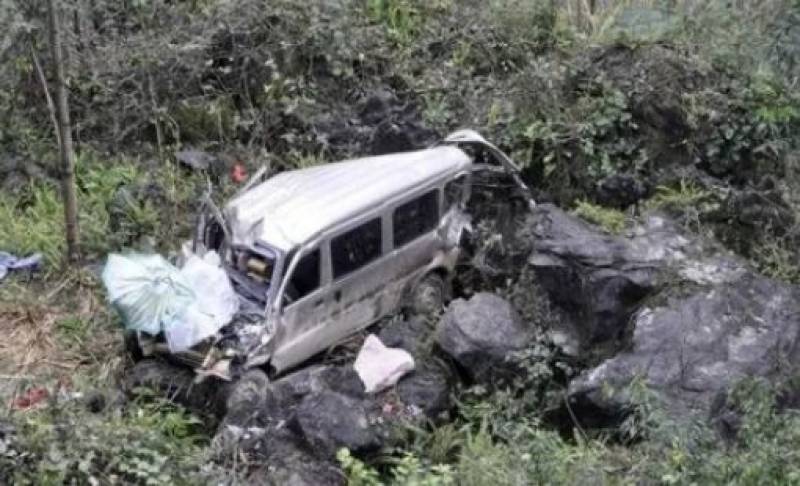 Mirpur (Staff Report): At least nine people including women and children were killed as a passenger van fell into a ravine on Sunday in Azad Kashmir’s Mirpur district on Sunday.

The injured were shifted to District Headquarter Hospital.

During last month, more than 25 tourists were swept away and at least 12 of them were declared dead after a bridge collapsed in Neelam valley of Azad Kashmir.