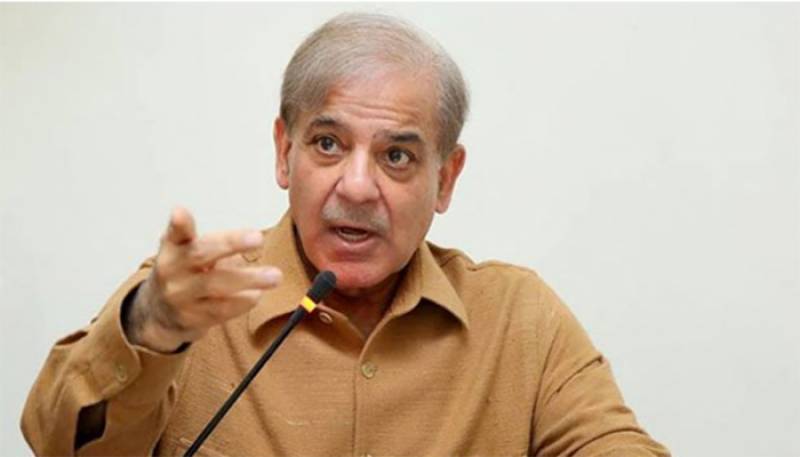 Gwadar (Web Desk): Prime Minister Shehbaz Sharif on Friday said having increased oil prices again with a heavy heart, the government believed that any more burden on the poor masses would be unjust and it was a time for the elite class to sacrifice.

Addressing the inauguration ceremony of Eastbay Expressway and groundbreaking of seven more development projects for Gwadar, he said the elite would have to play their part in that noble cause.

"This is their duty. I will ensure that they shower their resources for the poor and bear strict measures,” he remarked.

"I have called a meeting tomorrow, the billionaire elite should come forward and sacrifice for the poor masses and provide their resources through austerity, this will start from me, ministers, advisors, federal and provincial secretaries, and government officers,” the prime minister said.

A component of the China Pakistan Economic Corridor (CPEC), the 6-lane Eastbay Expressway would connect the Gwadar Port with the Makran Coastal Highway, also providing a link to Karachi.

PM Shehbaz said that that the government tried to avert the burden of oil price hike, but it was done with a heavy heart as 90% of the country’s needs were met through imported oil.

He said perceiving the success of vote of no-confidence against it, the previous regime reduced the oil prices to trap the incumbent government.

The premier questioned as how the government could provide subsidy on the imported oil through loans.

He said the government had announced a relief package of Rs 2,000 each family under the Benazir Income Support Program (BISP) to mitigate the impact of the oil price hike.

The prime minister, who earlier unveiled the plaques of projects, expressed dissatisfaction over the slow pace of work.

He also took an overview of the development projects, including the under construction Gwadar Airport which was being built under a Chinese grant and faced a delay in completion.

The prime minister said that the Eastbay Expressway would also provide a link to Karachi to ease the transportation of goods.

He said a desalination plant would be installed and a hospital had been built for the people of Gwadar, while 3,200 solar panels would be distributed among the families there.

"Instead of wasting billions on the water reservoirs, a desalination plant should have been installed to cope with the water needs of Gwadar," Shehbaz Sharif said.

The prime minister said in order to avoid any more delay in the projects, he had directed to strictly follow the timelines.

PM Shehbaz announced that the federal government would also allocate funds for the establishment of a university in Gwadar to ensure its timely completion.

The prime minister said the Federal Government would enroll another 500,000 poor people as beneficiaries of the BISP, with 100% cover to the poor people of Gwadar.

Meanwhile, addressing the fishermen in Gwadar, PM Shehbaz said steps would be taken on emergency basis to provide clean drinking water to the residents of Gwadar and it's adjoining areas.

"Engines for the boats would be provided free of cost to fishermen through balloting in the first phase of the scheme," the premier said.

The prime minister assured the fishermen of resolving their problems said strict action will be taken against illegal trawling in Gwadar and other coastal areas of Balochistan.