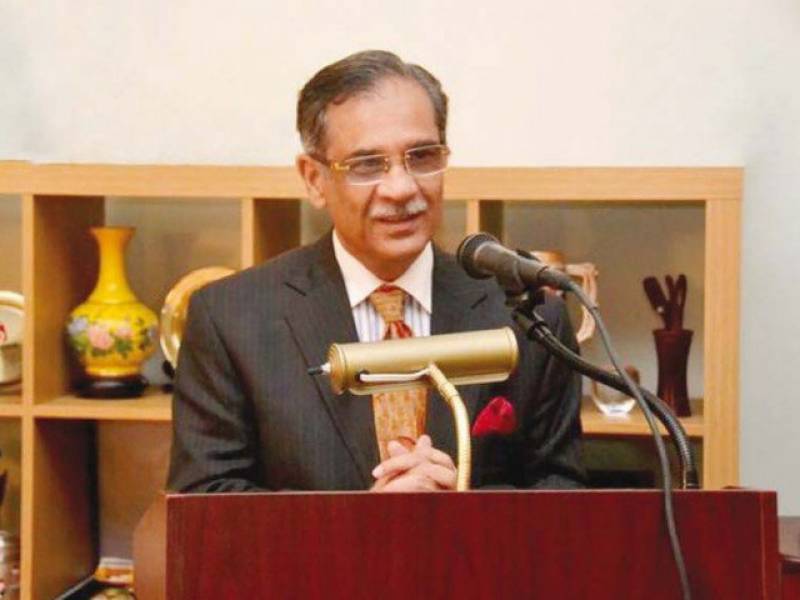 Hearing a suo motu case on various public welfare issues, the CJP asked the Punjab chief secretary and Lahore Development Authority (LDA) director general about Cheema's whereabouts and current posting, to which it was stated that Cheema presently heads the Quaid-e-Azam Power Plant.

The Punjab Assembly, on Feb 28, had passed a resolution against NAB's action against Cheema, terming it a violation of basic human rights.

The CJP also barred civil servants of Punjab from protests against the arrest of Cheema. He remarked that any wanted to resign should go home. He ordered that the bureaucrats will not close their office in protest, adding that the NAB should not harass anyone. However, the chief justice remarked that persons summoned by NAB should appear before the anti-corruption watchdog.

Cheema was arrested by the National Accountability Bureau (NAB) on February 21 following the charges of misusing his authority while being in office. The corruption charges say the ex-DG awarded a contract of the Ashiana-e-Iqbal project worth approximately Rs14 billion to Lahore Casa Developers with criminal intentions. He is also accused of receiving the bribe in the form of a 32-Kanal land valuing Rs 30.09 million from the owners of Paragon City (Pvt) Ltd. He has been remanded into NAB’s custody for interrogation.

After Cheema’s arrest, the Punjab bureaucracy went up in arms in solidarity.