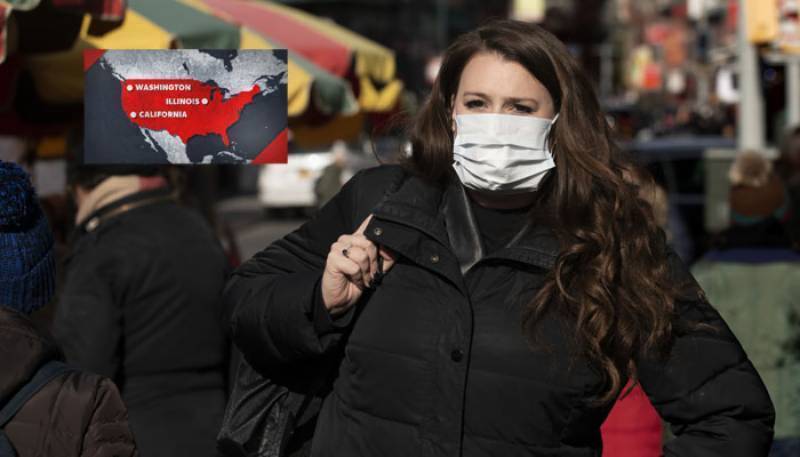 Washington (Agencies): The death toll in the United States (US) has reached six after the virus took root in the country's Pacific Northwest, health authorities confirmed on Tuesday.

All of the US deaths have occurred in the state of Washington, where officials warned residents the battle against the disease was shifting from containment to mitigation.

The number of cases nationwide climbed to 100, and infected patients have been treated in 14 states.

"The risk for all of us of becoming infected will be increasing," said Jeff Duchin, a health officer in King County where five of the deaths occurred. The district is home to Seattle, a city with a population of more than 700,000 people.

Earlier in the day, New York's governor warned it was "inevitable" that the virus would spread in the global financial hub after its first confirmed case was detected in a health care worker who had visited Iran.

Addressing a news conference on Monday, chairman of the Joint Chiefs of Staff, Army General Mark Milley said that the US government’s military laboratories have been working to develop a vaccine for virus.

Meanwhile, US President Donald Trump stated that his administration has asked pharmaceutical companies to accelerate work on the development of a coronavirus vaccine, but provided no details.

Top US health officials reportedly said that any vaccine was up to 18 months away. There is currently no treatment for the respiratory disease, although patients can receive supportive care.

On Monday, the global death toll from the new coronavirus epidemic surpassed 3,000 after dozens more died in China.

According to reports, the virus has now infected more than 89,000 people and spread to over 60 countries.

Saudi Arabia, Jordan, and Tunisia reported their first confirmed coronavirus cases, while the death toll in Iran rose to 66 - the highest outside China.

With fears of a pandemic on the rise, the World Health Organization (WHO) urged all countries to stock up on critical care ventilators to treat patients with severe symptoms of the deadly respiratory disease.

The WHO says the virus appears to particularly hit those over the age of 60 and people already weakened by other illness.

It has a mortality rate ranging between two and five percent -- much higher than the flu, at 0.1 percent, but lower than another coronavirus-linked illness, SARS, which had a 9.5 percent death rate when it killed nearly 800 people in 2002-2003.

But infections are also rising faster abroad than in China now, as the country´s drastic measures, including quarantining some 56 million people in Hubei since late January, appear to be paying off.

Infections nearly doubled over the weekend in Italy, Europe´s hardest hit country with nearly 1,700 cases. Rome said Sunday it would deliver 3.6 billion euros ($4 million) in emergency aid to sectors affected by the virus.