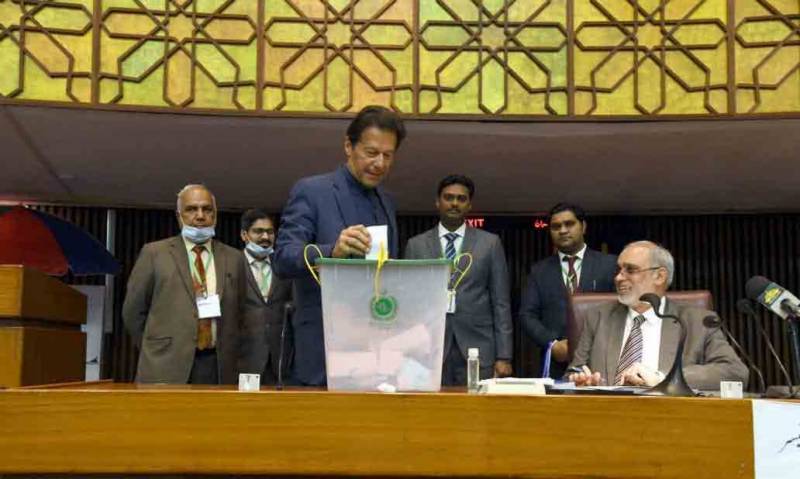 According to details, polling started at 9am on Wednesday at the Parliament House Islamabad and the provincial assemblies of Sindh, Balochistan and Khyber Pakhtunkhwa and concluded at 5pm without any break.

All the 65 members of the Balochistan Assembly have cast their votes.

In Sindh, 167 out of 168 members cast their votes, while Jamaat-e-Islami member Abdul Rashid did not cast his vote.

In Khyber-Pakhtunkhwa (KP) Assembly, members could only cast 112 votes out of 145 due to some difficulties.

It is pertinent to mention here that all the 11 candidates for Senate from Punjab have already been elected unopposed.

Two senators will be elected from the federal capital, 11 from Sindh, 12 from Balochistan and 12 from Khyber Pakhtunkhwa.

In the federal capital, Pakistan Tehreek-e-Insaf’s (PTI) Abdul Hafeez Sheikh will and Pakistan Peoples Party’s (PPP) Syed Yousaf Raza Gilani, who is the joint candidate of opposition parties’ alliance Pakistan Democratic Movement (PDM), are vying for the general seat whilst for the women seat, Fozia Arshad of PTI and Farzana Kausar of Pakista Muslim League-Nawaz (PML-N) are in the field.

The number of candidates from the provinces includes 25 for 12 Senate seats from Khyber Pakhtunkhwa, 26 from Balochistan and 17 from Sindh province.