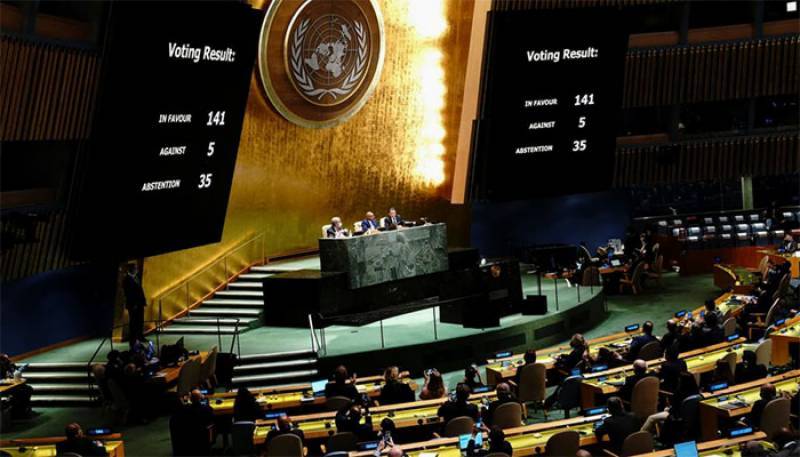 Japan and New Zealand led condemnation from Asia, but 35 states including the continent’s giants – China, India and Pakistan – all abstained. During the debate Beijing had stressed the world had “nothing to gain” from a new Cold War.

Besides Russia, four other countries also voted against the resolution.

On the first two days of this emergency session on Ukraine, Pakistan watched carefully as state after state blamed Russia for invading Ukraine and deman­ded immediate withdrawal of all Russian troops from the occupied territory.

“Pakistan is committed to the fundamental principles of the UN Charter: self-determination of peoples, non-use or threat of use of force, sovereignty and territorial integrity of States, and pacific settlement of disputes,” Pakistan’s UN Ambassador Munir Akram told the emergency session.

“Equally, Pakistan upholds the principle of equal and indivisible security for all. These principles must be consistently and universally respected.”

Pakistan’s permanent representative at United Nations Munir Akram in his speech urged for dialogue and de-escalation.

“Prime Minister Imran Khan has regretted the latest situation between Russia and Ukraine, and said that Pakistan had hoped that diplomacy could avert military conflict,” he said.