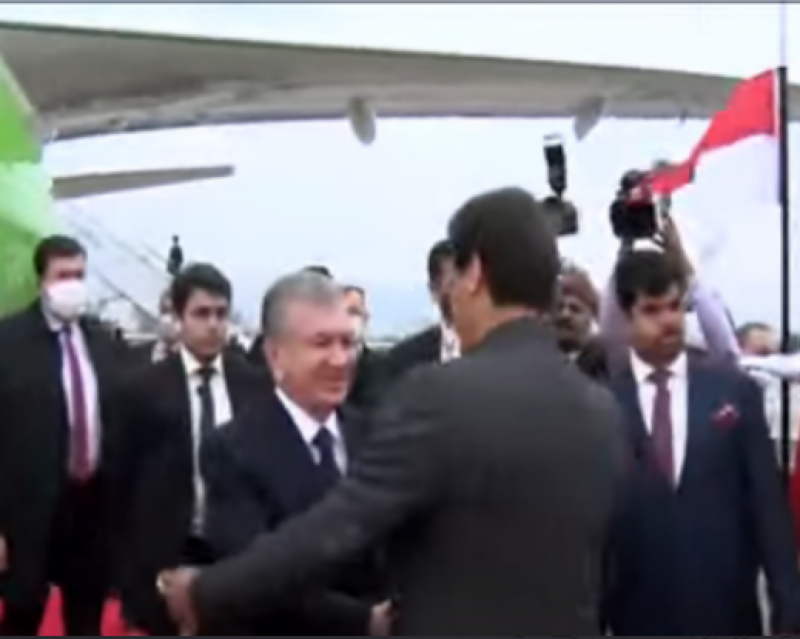 Islamabad (Web Desk): President of Uzbekistan, Shavkat Mirziyoyev arrived in Islamabad on Thursday on a two-day state visit to Pakistan.

The Uzbek president was received by Prime Minister Imran Khan as he alighted from his special aircraft the Nur Khan Airbase.

This is President Shavkat Mirziyoyev first visit after assuming the office in 2016.

Clad in cultural dresses, two kids presented bouquet to the guest as the cannons boomed in the backdrop to herald the arrival of the guest.

The smartly turned out static guards saluted the visiting dignitary as the national flags of Pakistan and Uzbekistan were lined up at the airbase as well as the route of his motorcade.

Accompanied by a high level delegation including the cabinet members and businessmen, President Mirziyoyev is visiting Pakistan from March 3-4 at the invitation of Prime Minister Imran Khan.

During his visit, the Uzbek president would meet the country’s leadership and discuss the bilateral ties as well as connectivity projects.