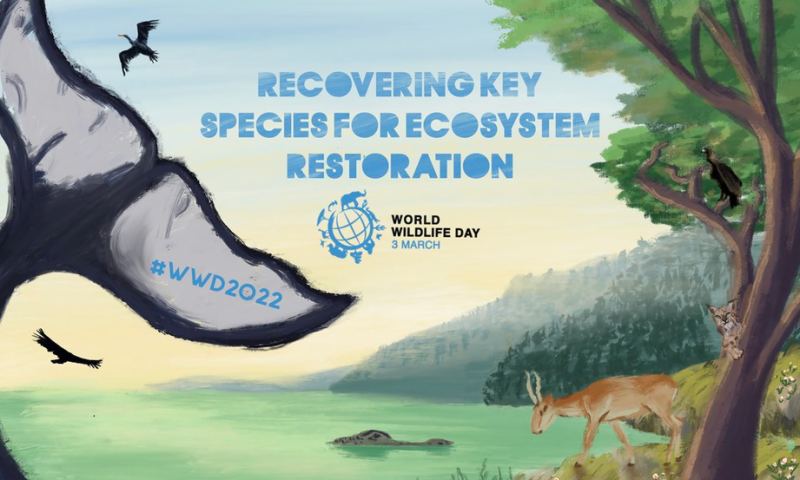 To mark the day, various global organisations held events to draw attention towards conservation status of some of the most critically endangered species of wild fauna and flora.

On December 20, 2013, the United Nations General Assembly (UNGA), at its 68th session, proclaimed March 3 as the UN World Wildlife Day to celebrate and raise awareness of the world’s wild animals and plants. March 3 is also the day of signature of the Convention on International Trade in Endangered Species of Wild Fauna and Flora (CITES) in 1973.

According to the UN, the UNGA resolution designated the CITES Secretariat as the facilitator for the global observance of this special day for wildlife on the UN calendar. World Wildlife Day has now become the most important global annual event dedicated to wildlife.

The animals and plants that live in the wild have an intrinsic value. The wild fauna and flora contribute to the ecological, genetic, social, economic, scientific, educational, cultural, recreational and aesthetic aspects of human well-being and to sustainable development.

As per the UN, World Wildlife Day is an opportunity to celebrate the many beautiful and varied forms of wild fauna and flora and to raise awareness of the multitude of benefits that their conservation provides to people.

At the same time, World Wildlife Day reminds us of the urgent need to step up the fight against wildlife crime and human-induced reduction of species, which have wide-ranging economic, environmental and social impacts.