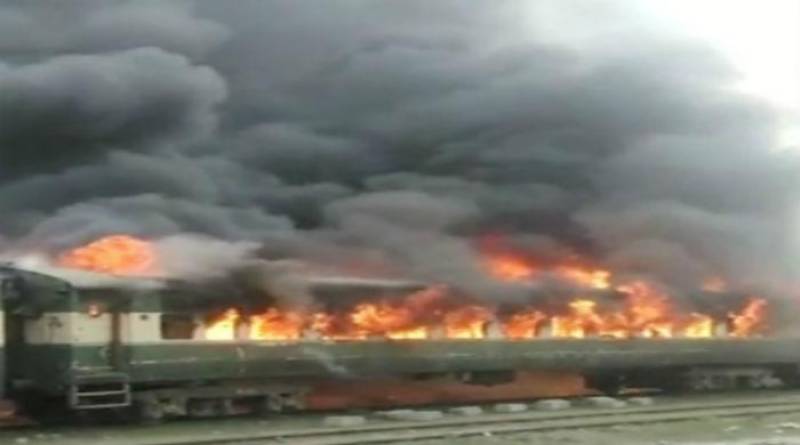 Lahore (Staff Report): A sudden fire erupted in an empty bogie of a train on Wednesday while parked at Lahore’s Harbanspura station.

According to details, rescue teams have reached the site immediately after incident being reported and bust putting out the fire.

In late March, two people were killed and 10 injured as a Karachi-bound passenger train Shalimar Express collided with an oil tanker leading to a huge explosion.

The engine and five bogies of the train, including the luggage compartment, and a power plant caught fire in the accident.