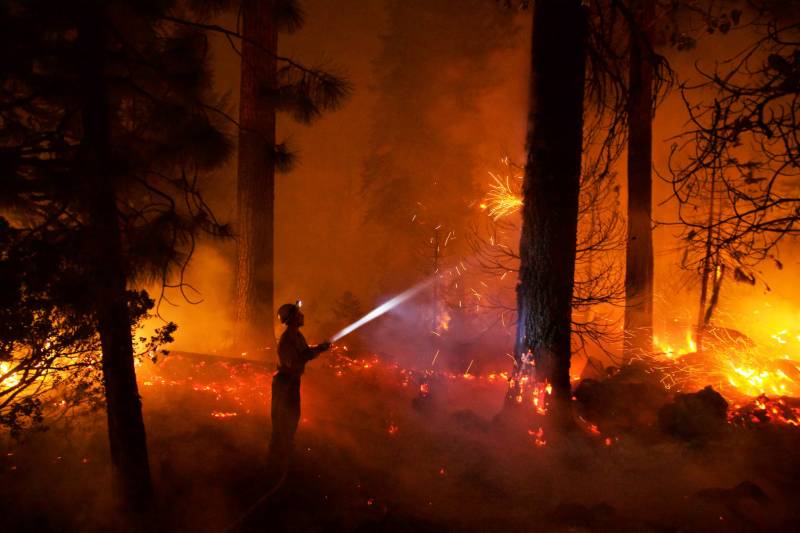 Muzaffargarh (Staff Report): A fire erupted in a forest near Muzaffargarh late Tuesday, which was extinguished after rigorous efforts of more than three hours.

Rescue 1122 officials said, all of a sudden the blaze erupted in Shah Wala jungle in Muzaffargarh's Sultan Colony and spread due to strong winds and dry grass, across more than 25 acres of woodland turning several trees to ashes.

According to details, firefighters took more than three hours to douse the fire using three fire tenders of Rescue 1122.

The process of cooling is underway at the site.

Hot, humid weather to prevail during the next twelve hours: Met Deptt