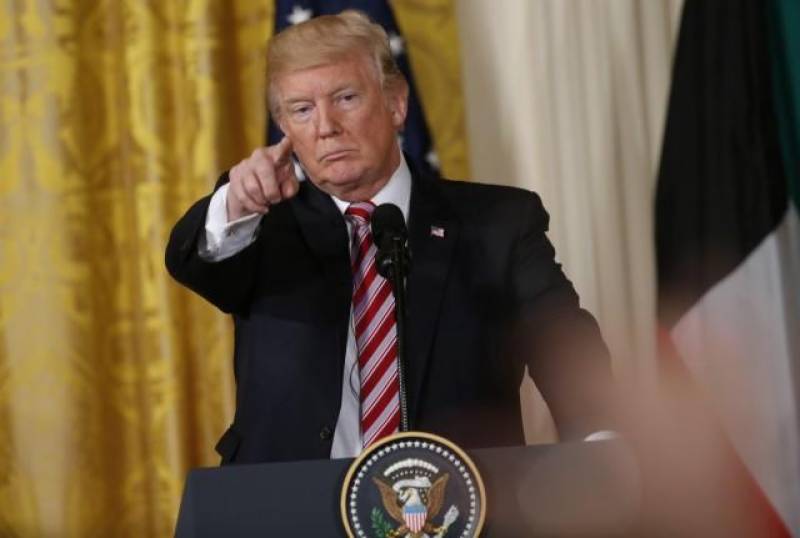 Washington (Reuters): U.S. President Donald Trump will tell leaders on a five-nation Asia tour the world is “running out of time” on North Korea’s nuclear crisis and that he will give his strategy to isolate Pyongyang a few months before making adjustments, a top aide said on Thursday.

Trump leaves on Friday for Hawaii, the first stop en route to Asia where he will visit Japan, South Korea, China, Vietnam and the Philippines. It will be the longest Asia tour by an American president in more than 25 years.

His goal will be to increase international support for an effort to deprive North Korea of resources as leverage to coerce it to give up nuclear weapons.

“The president recognizes that we’re running out of time (to deal with North Korea) and will ask all nations to do more,” White House national security adviser H.R. McMaster told reporters at a briefing.

As part of the U.S. effort to push China, North Korea’s neighbor and main trading partner, to put more pressure on Pyongyang, the U.S. Treasury issued a formal ruling on Thursday cutting off from the U.S. financial system a Chinese bank it accused of laundering money for North Korean concerns.

In June, the Treasury Department declared the Bank of Dandong a “primary money laundering concern” for serving as a gateway for North Korea to access the U.S. and international financial systems despite U.S. and U.N. sanctions.

South Korea’s spy agency told lawmakers on Thursday that North Korea may be planning a new missile test, after brisk activity was spotted at its research facilities.

The U.S. military is keeping a close eye on North Korea, which conducted its last missile test on Sept. 15 and its sixth and largest nuclear test on Sept. 3.

Two Guam-based U.S. B-1B bombers flew through South Korean airspace and over the country’s Pilsung Range in an exercise on Thursday, the U.S. Air Force said.

“The bilateral continuous bomber presence mission was planned in advance ... and was not in response to any current event,” the Air Force said in a statement.

McMaster said Trump would urge countries with the most influence over Pyongyang to “convince its leaders that the pursuit of nuclear weapons is a dead end” and that it must denuclearize.

“And he will remind friend and foe alike that the United States stands ready to defend itself and our allies using the full range of our capabilities,” said McMaster.

China will be perhaps Trump’s most critical stop in Asia. There he will ask Chinese President Xi Jinping to do more to rein in North Korea. Senior U.S. officials say China considers North Korea a strategic asset and is reluctant to cut off resources to Pyongyang for fear of triggering a refugee wave.

McMaster said Trump, who has approved a variety of sanctions against North Korea, is at the beginning of his drive for Pyongyang to give up nuclear weapons. Trump has warned he would “totally destroy” North Korea if it threatened the United States or its allies.

Trump is expected to press Xi to reduce oil exports to North Korea and coal imports from Pyongyang and limit financial transactions. The Chinese leader is newly ascendant after consolidating power at a Communist Party congress.