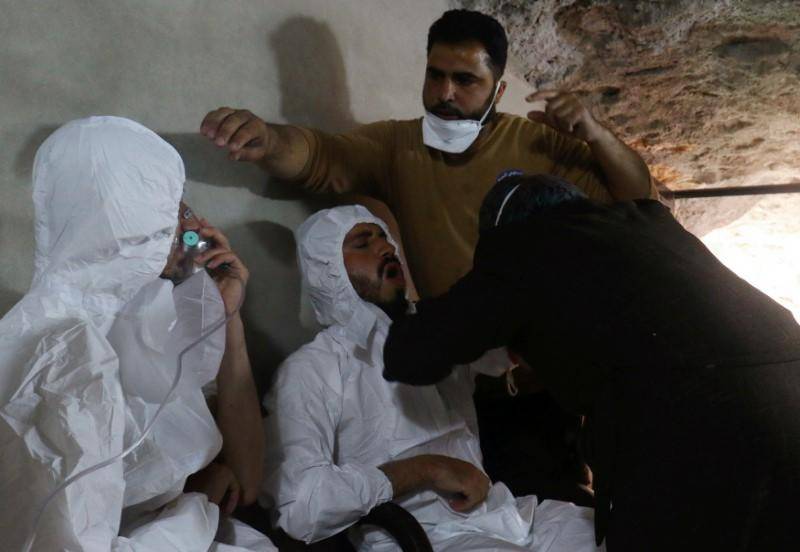 United Nations (Reuters): The United States has circulated a draft UN Security Council resolution that would extend by two years the mandate of an international inquiry into chemical weapons attacks in Syria, after Russia vetoed an extension last week.

The US draft, which was seen by Reuters on Thursday, says Syria must not develop or produce chemical weapons, and it calls on all parties in Syria to provide full cooperation with the international probe.

The investigation by the United Nations and the Organization for the Prohibition of Chemical Weapons - known as the Joint Investigative Mechanism (JIM) - was unanimously created by the 15-member Security Council in 2015 and renewed in 2016 for another year. Its mandate is due to expire in mid-November.

The JIM found that the Syrian government of Bashar al-Assad was to blame for a chemical attack on the opposition-held town of Khan Sheikhoun that killed dozens of people in April, according to a report sent to the Security Council on Oct. 26.

Two days earlier, Russia vetoed a renewal of the JIM mandate after it was unsuccessful in getting the Security Council to postpone the vote. UN Ambassador Vassily Nebenzia said Russia wanted to discuss the Khan Sheikhoun report before the vote.

Russia, whose air force and special forces have been supporting the Syrian army, says there is no evidence to show Damascus was responsible for the attack. It maintains that the chemicals that killed civilians belonged to rebels, not Assad’s government.

On Wednesday, the United States admonished Russia for its veto.

“Russia’s attempts to undermine and eliminate the JIM show a callous disregard for the suffering and loss of life caused by the use of chemical weapons and an utter lack of respect for international norms,” the White House said in a statement.

Russian Foreign Minister Sergei Lavrov told US Secretary of State Rex Tillerson by phone on Thursday it was unacceptable to politicize the work of chemical weapons inspectors in Syria, Russia’s foreign ministry said.

A Russian draft resolution calls for a six-month extension of the inquiry, with the possibility of further extensions, and asks for investigators to collect environmental samples in connection with the Khan Sheikhoun probe, among other things.

In their 14th report since 2011, UN investigators said in September they had documented 33 chemical weapons attacks to date.

Twenty-seven were by the Assad government, including seven between March 1 and July 7. Perpetrators had not been identified yet in six attacks, they said.

That attack led US President Donald Trump to launch the first US air strikes on a Syrian air base.