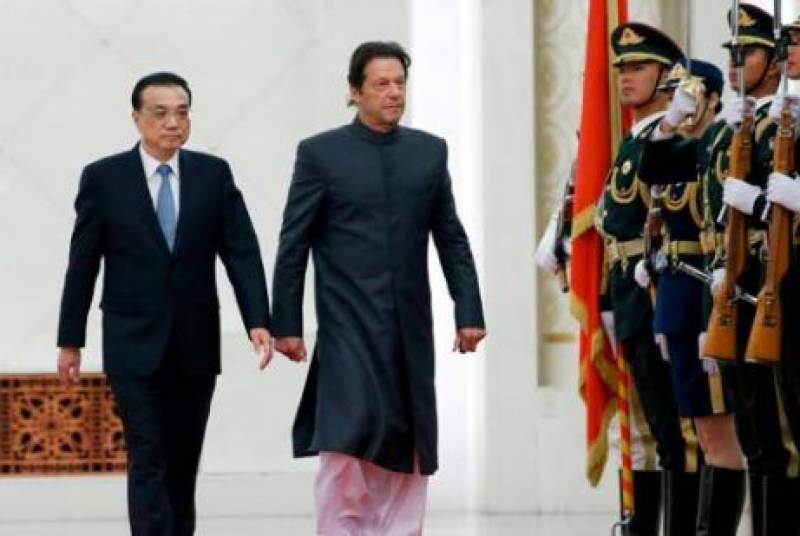 The agreements were signed during delegation-level talks between the two countries at the Great Hall of the People in Beijing.

Agreements pertaining to poverty alleviation in Pakistan, strengthening cooperation in agriculture and industrial sectors and technical training were signed by the two sides.

It was also agreed that China will support Pakistan in establishing special economic zones, according to sources. A document on strategic-level talks between foreign ministers of two countries was also signed.

The two countries also signed MoUs for cooperation in forestry, earth sciences and transfer of electronics.

Agreements were also signed between Higher Education of Pakistan and Science Academy of China and between Chinese Academy of Science and Pakistan Metrological Department.

Further, the two sides expressed satisfaction over the multi-faceted bilateral relations and reiterated their resolve to continue to deepen the relationship and explore new avenues of practical collaboration.

Khan, who is on his first official visit to China after assuming charge as prime minister, led the Pakistani delegation which included Foreign Minister Shah Mehmood Qureshi and Finance Minister Asad Umar among others. The Chinese delegation was led by Prime Minister Li Keqiang.

PM Imran and Keqiang expressed confidence on the importance and future development of CPEC. The two leaders expressed their commitment to maintain close ties on issues of regional and global importance.

In his remarks, the Chinese premier expressed his desire to work closely with PM Imran to further strengthen the all-weather strategic partnership. Keqiang noted, “CPEC will not only benefit Pakistan and China but will prove to be a game-changer for the entire nation.”

PM Imran thanked the Chinese Premier for the warm hospitality and reaffirmed the message of strong strategic partnership between Pakistan and China.

Sources said PM Imran also extended an invite to his Chinese counterpart to visit Pakistan which he accepted. “The Chinese premier will visit Pakistan soon and the date of the visit will be finalised through diplomatic channels,” sources added.

Upon arrival at the Great Hall of the People, the Chinese premier accorded warm welcome to PM Imran and an official welcome ceremony was held during which a guard of honour was presented to the Pakistani prime minister.