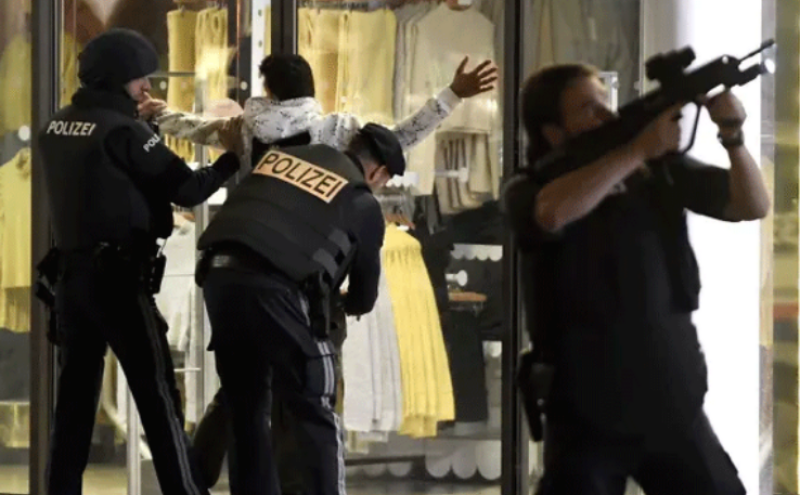 Vienna (Agencies): At least three people were killed and several others were injured in a terrorist attack in Vienna on Monday night.

According to Police, several attackers armed with rifles launched the assault in six different locations.

With one assailant shot dead, the city’s mayor urged people to remain indoors as police said a huge manhunt was underway for one of the attackers.

According to police, the attacks, in six locations including near a synagogue in the centre of town, were carried out by “several suspects armed with rifles.”

The shooting began just hours before Austria was to re-impose a COVID-19 lockdown, with people out in bars and restaurants enjoying a final night of relative freedom.

The attacks started at around 8pm when the first gunshots were heard in the city's centrally located first district.

"We are dealing with a terror attack the severity of which, thank God, we have not experienced in Austria in many years," the city’s mayor Michael Ludwig said at press conference early Tuesday.

It is pertinent to mention that Vienna had until now been spared the sort of major attacks that have hit other European countries, with France experiencing two terror attacks only last month.