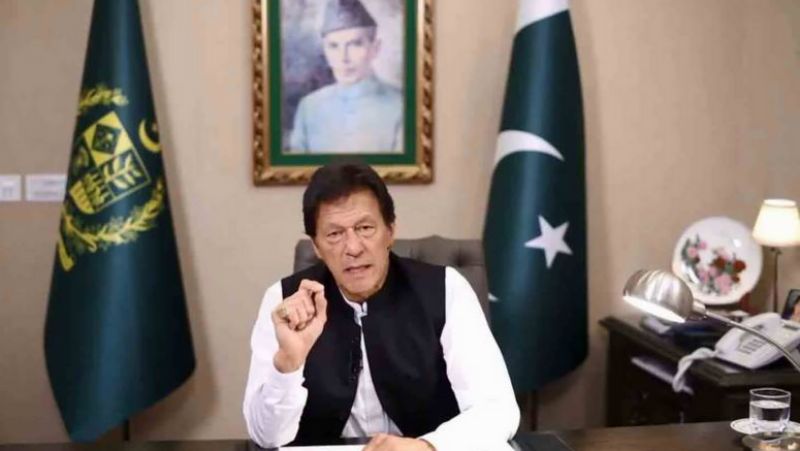 In his televised address to the nation, the premier announced that the government will provide 30% subsidy on three basic household items for next 6 months to lessen the burden on the inflation-hit citizens.

PM Imran said that 20 million families would benefit from the subsidy package to be funded jointly by the federal and provincial governments.

Recounting the government s incentives for the construction and agriculture sectors, he said the country s economic indicators were positive. He said that PTI’s policies prevented economy from collapsing in COVID-19.

Shedding light on COVID-19 situation across the world, he said that unlike other countries, the Pakistani government made strategic decisions related to the imposition of a lockdown and saved factories from closing down.

"We had allowed construction industry to operate; we tried to save our exports because if they had stopped, then the dollar would have gone up against the rupee," he said, adding that due to the government s policies, rice production had gone up by 13.6%, corn 8%, sugarcane 22%, wheat 8%.

The premier also announced to launch Kamyab Pakistan programme worth Rs1400 billion. He said that the government will provide interest free loans to people in urban areas and farmers under this initiative.

He said that the Pakistan Tehreek-e-Insaf (PTI) government had inherited a difficult economic situation, and thanked Saudi Arabia, the United Arab Emirates (UAE) and China for providing the help that saved Pakistan from defaulting.

The prime minister said that the price of petrol will have to be increased further due to the global rise in prices.

“If we don’t increase the price of petrol, the debt on the country will continue to increase,” he said, adding, “Oil prices globally increased by up to 100%.”

To substantiate his point, PM Imran quoted the price of petrol in the neighbouring countries, specially India and Bangladesh, where he said petrol is available for Rs250 per litre and Rs200 per litre, respectively.

Recounting the government's incentives for the construction and agriculture sectors, he said the country's economic indicators were "positive".

Prime Minister Imran acknowledged that inflation was a major problem in the country, saying the media and the opposition had the right to criticise the government.

"The medianeeds to balance and think whether inflation is rising because of our government or due to rise in prices in the international market," he said.

Quoting rising inflation figures in Europe and the US, the premier said oil prices had risen by 100 per cent in the last 3-4 months internationally, while they had increased 33% in Pakistan.

Admitting that inflation was proving to be a burden for the masses, PM Imran promised that the prices of commodities will decrease after winter.

Earlier in the day, Federal Minister for Information and Broadcasting Fawad Chaudhry said that Prime Minister Imran Khan in his address to the nation and will will announce the biggest relief package of the country's history.

In a post on Twitter, the minister said that this package will prove to be a milestone in reducing the hardships of the people and making their lives easier.

The Information Minister said alleviating the sufferings of the people is the priority of PM Imran Khan and that he will go to any extent to provide relief to the masses.