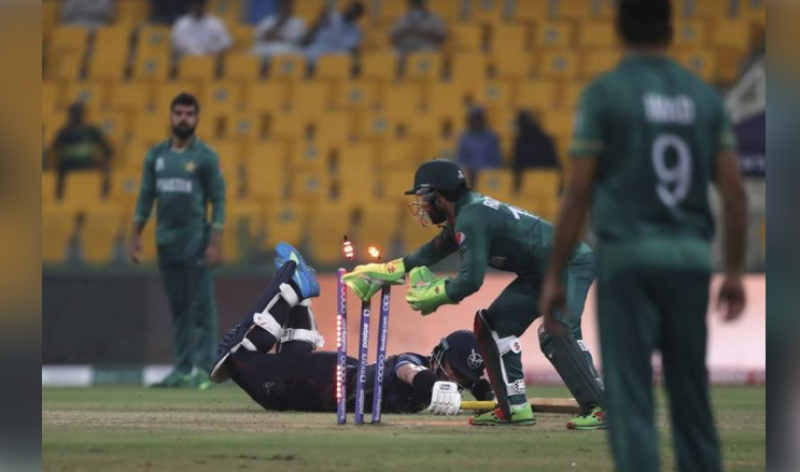 In reply, Namibia could score only 144 runs for the loss of five wickets in 20 overs.

The Namibian side first lost an early wicket in the second over as Hasan Ali dismissed Michael van Lingen (4), and later, in the ninth over, Stephan Baard was run out for 29.

In the 13th over, skipper Gerhard Erasmus was caught out (15) shortly after Shaheen Shah Afridi had dropped his catch in the previous over. Craig Williams was caught out in the 14th over, but he played a decent innings as he scored 40 runs off 37 balls.

Rizwan and Babar had earlier upped the ante on Namibia, as they became the only duo to score 1,000 runs in T20 in a calendar year, as the Pakistani skipper smashed a half-century, his 14th, breaking Indian captain Virat Kohli’s record of 13 half-tons.

Mohammad Rizwan was given out leg before wicket (lbw) before a successful review by Pakistan showed the ball had pitched outside the leg stump, granting the Pakistani batsman a new lease of life.

Earlier, Pakistan won the toss decided to bat first against Namibia in their fourth match of the ICC T20 World.