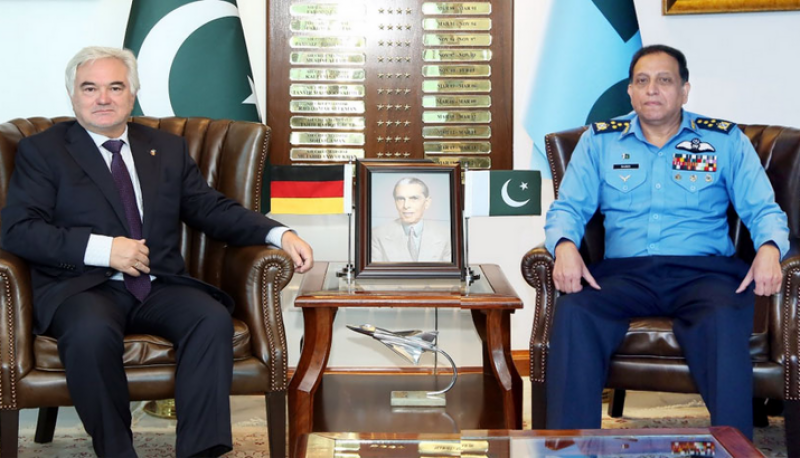 Several key areas of mutual interest along with regional developments were discussed.

Chief of the Air Staff shared broad contours of Pakistan Air Force's (PAF) modernization plan of smart acquisitions from allied countries, up gradation of infrastructure and revamping of training, the Radio Pakistan reported.

The air chief also highlighted that both the countries enjoy unprecedented strategic partnership and reiterated his resolve to further enhance the existing bilateral ties in the military to military cooperation.

"Pakistan values its strong diplomatic, economic and defence relationship with Germany which is based on convergence on all important issues relating to regional peace, security and stability," the air chief said.

The visiting dignitary offered heartfelt condolences to the people of Pakistan over the loss of life amidst devastation caused by floods and appreciated the efforts put in by Pakistan Air Force for relief and rehabilitation of the flood victims.

The German envoy praised the professionalism of PAF personnel and the exceptional progress made by Pakistan Air Force over the years, especially through indigenization.

He also appreciated Pakistan's continuous efforts for regional stability and pledged to play his role for further improvement in diplomatic cooperation with Pakistan at all levels.