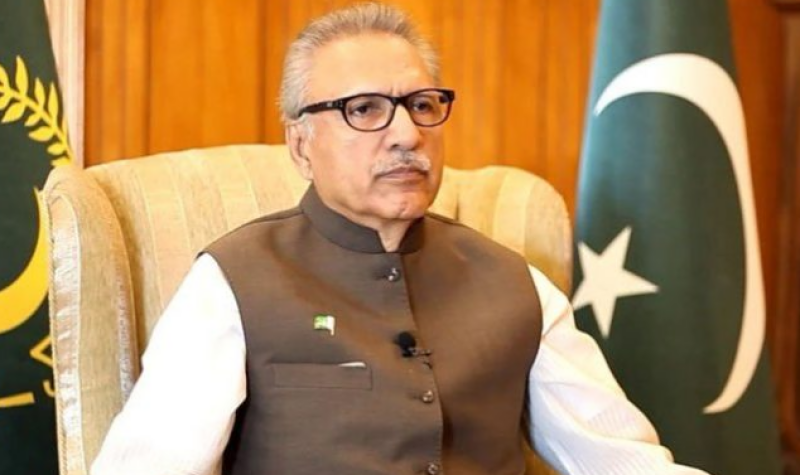 In a message on Twitter, the president thanked Allah Almighty that "brave" Imran Khan remained safe though injured with “few bullets” in his leg.

"Heinous assassination attempt on the brave Imran Khan. I thank Allah that he is safe but injured with few bullets in his leg and hopefully non-critical," the president wrote.

Also terming the attack “shocking, deceitful and cowardly”, the president expressed the hope that the PTI chief was non-critical.

"This attack is shocking, alarming, disgraceful, deceitful & cowardly. May Allah give him health & to all those injured," President Alvi said and also sought immediate reports from the authorities concerned.

The president conveyed condolence to the family of the deceased political worker who died during the incident. He also prayed for the recovery of the PTI chief as well as others injured.

Heinous assassination attempt on the brave @ImranKhanPTI I thank Allah that he is safe but injured with few bullets in his leg & hopefully non-critical. This attack is shocking, alarming, disgraceful, deceitful & cowardly. May Allah give him health & to all those injured.

"I condemn the incident of firing on PTI Chairman Imran Khan in the strongest words,” he said in a series of tweets.

He prayed for the recovery and health of PTI chairman and other injured people.

PM Shehbaz directed Interior Minister for an immediate report into the incident and assured the support of the Punjab government for security and investigation.

“Federal government will extend all support necessary to Punjab government for security and investigation,” he said.

PM Shehbaz stressed that “violence should have no place in our country’s politics”.

Federal government will extend all support necessary to Punjab govt for security & investigation. Violence should have no place in our country's politics. 2/2 https://t.co/LWMUW03kQb

The Punjab CM said that those "behind the incident will be brought to justice".

He also instructed local authorities to provide the best possible medical care to the injured.

PTI chief Imran Khan and four other party members were injured in firing at Imran Khan’s container during his “Azadi March” in Wazirabad on Thursday.

According to the police, the firing incident took place near Allah Wala Chowk, Wazirabad when the march was on its way to Islamabad. As a result, Imran Khan and four PTI members, including Senator Faisal Javed, Ahmad Chatha and another person, sustained injuries.

One suspect involved in the firing incident has also been arrested. Further investigation was under way.