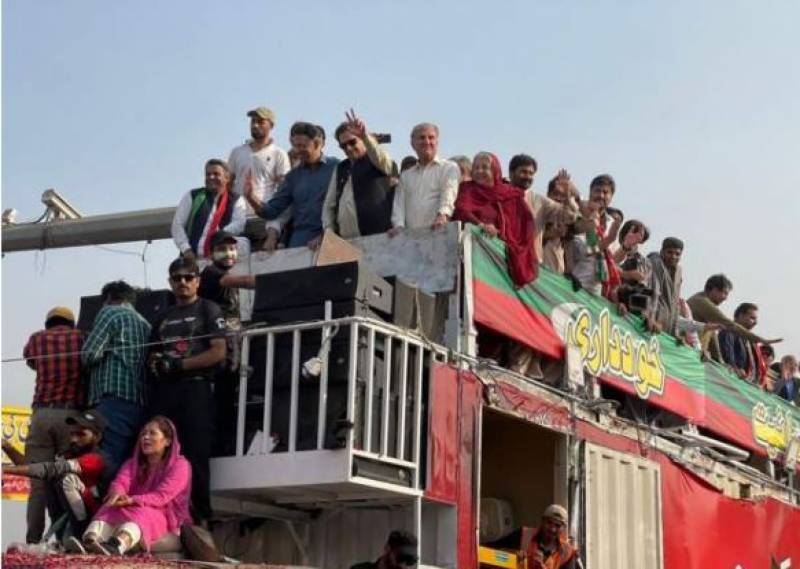 According to PTI's Twitter handle, former premier and party chief Imran Khan will be spending the seventh day of his long march in Wazirabad, a city in Punjab situated on the banks of the Chenab River.

The post shared by former minister Hammad Azhar, announced that the march will resume from Kot Khizri to Wazirabad at 1 pm today.

On Wednesday, Addressing the participants of the march, the PTI chief said that his movement for haqeeqi azadi (real freedom) will continue for the next 10 months.

"Nobody should think our movement will end in Islamabad, it will continue for the next 10 months until we don't have elections," the former premier asserted.

Imran Khan said that he would not accept the incumbent government "at any cost" and would rather die than "bow down before these thieves".

The PTI chief urged people to "stand up for their rights".