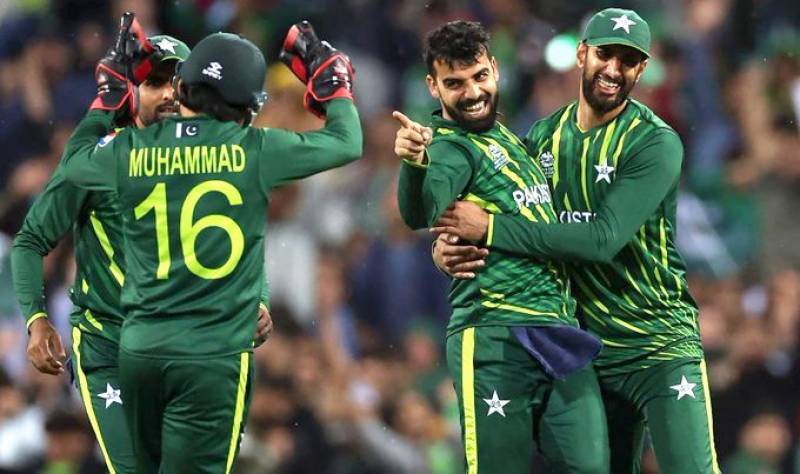 Pakistan won the toss and decided to bat first and scored 185 runs for the loss of 9 wickets in allotted 20 overs.

The match was reduced to 14 overs due to rain, with a revised target of 142 runs for South Africa to win.

In reply, South Africa scored 108 for the loss of nine wickets in allotted 14 overs.

South African captain Temba Bavuma has been struggling for form this tournament but he looked in great touch as he cruised to 36. He and Aiden Markram took the score to 65.

But Shadab changed the game in his first over, the leg-spinner having Bavuma caught behind and then bowling Markram through the gate one run later, leaving South Africa 66-4.

The rain, which had been falling lightly on and off for much of the match, then began to come down more heavily, forcing the players from the field with nine overs down.

When they returned South Africa needed 73 runs in five overs, a target that proved too great.

Shadab Khan of Pakistan was declared man of the match.

He scored a brisk half-century and took two important wickets in his first over.

Iftikhar Ahmed and Nawaz gained a little momentum in the middle before Tabriz Shamsi outclassed the latter.

Pakistan will take on Bangladesh in their last fixture on coming Sunday.