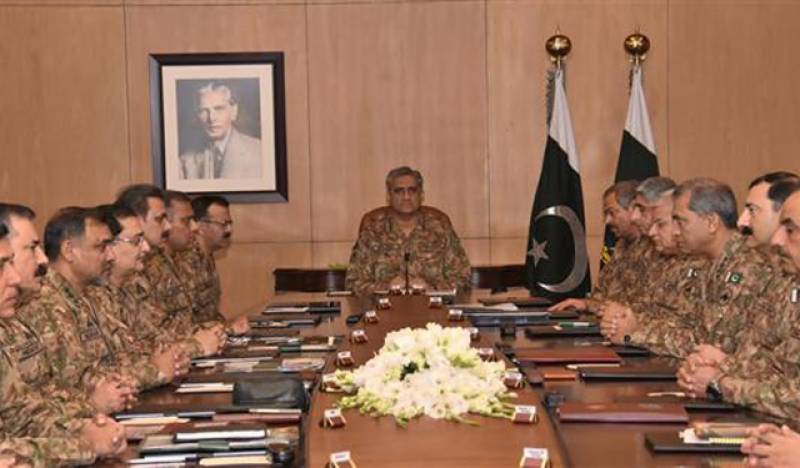 Accroding to details, the army’s top commanders will review the country’s internal security situation and discuss the recent visit of the army chief to Kabul, Afghanistan.

The attendees of the conference will also review the consequences resulted after the Indian retaliation at line of control.

Earlier, the army chief conducted day-long visit to Kabul, on Sunday, where he met President Ashraf Ghani and discussed regional security, among other issues.

Both sides reviewed the prevailing security environment in the region and the bilateral relationship of the two countries, the Inter Services Public Relations (ISPR) said.

Following US President Donald Trump new South Asian policy announced on August 22, that was the first meeting of the army's top commanders.

Since then, several meetings with the civilian government have been held and Pakistan has taken a strong stance against the 'anti-Pakistan' policy, with the military leadership.