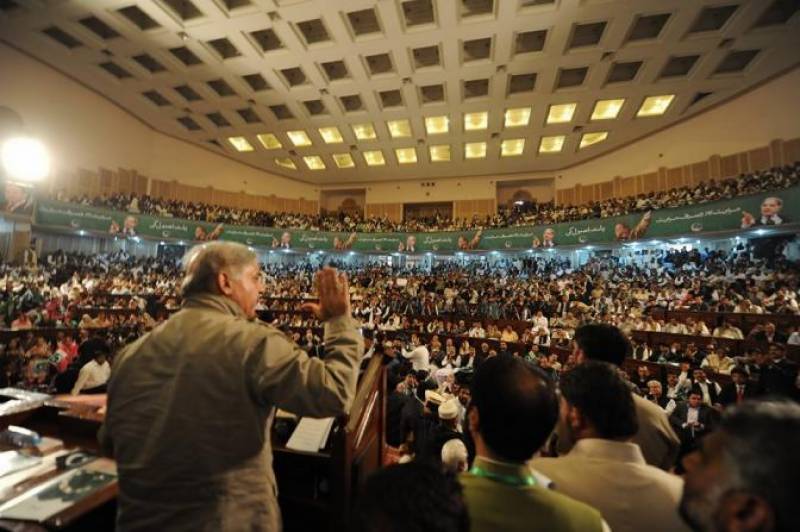 During the address, he advised his brother Nawaz Sharif to consult his party workers over matters instead of ‘those new leaders merely concerned with designation and cars’.

He said, “Call party leaders and workers for consultations and make decisions in light of those meetings.”

All the provincial chapters of the PML-N elected Nawaz Sharif as president, leaving no chance for the opposition to show resistance, he said.

No one opposed the dictator that took over on October 12, 1999 and also introduced Provisional Constitution Order (PCO), he said.

He said, “Is accountability only for the Sharif family?”.

The CM Punjab said that the former prime minister was re-elected legally through the power of the parliament.

Nawaz worked endlessly to banish dark from the country, adding that 800MW of electricity will be added to the national grid over the next 14 months, Shehbaz Sharif said.

He said, in the past, money has been embezzled which were meant for the electricity projects.