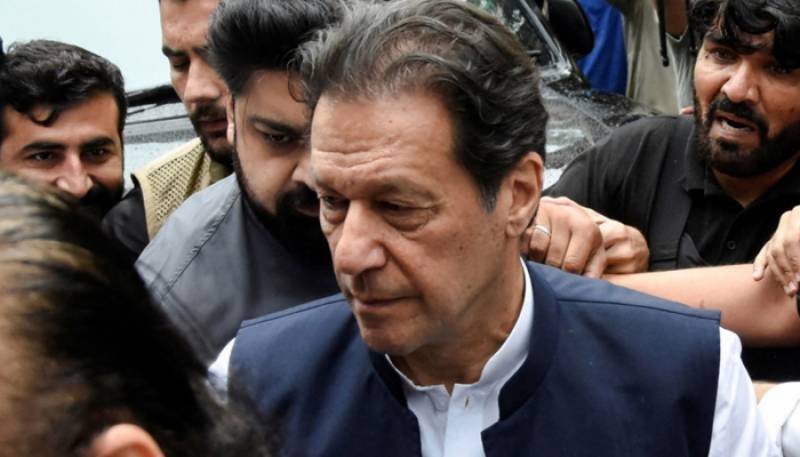 Islamabad (Web Desk): The Islamabad High Court (IHC) on Monday withdrew the show-cause notice in contempt case against former premier and Pakistan Tehreek-e-Insaf (PTI) Chairman Imran Khan in connection with his remarks regarding threats to Additional District and Sessions Judge Zeba Chaudhry at an August 20 public rally in the federal capital.

During today hearing, the IHC CJ observed that the bench was satisfied with the apology and the conduct of Imran Khan.

The PTI chief had apologised before the IHC and assured the bench that he would not issue such a statement again, leading the court to delay his indictment.

On September 30, Imran Khan arrived at a local court in Islamabad to personally apologise to Additional District and Sessions Judge Judge Zeba Chaudhry.

“You have to tell Madam Zeba Chaudhry that Imran Khan had visited and wanted to apologise if his words hurt her sentiments,” he said. The PTI chief then left the court.

Last month, the IHC had initiated contempt proceedings against Imran over his diatribe against Judge Chaudhry, who had approved PTI leader Shahbaz Gill’s physical remand in a sedition case,  at a public rally in Islamabad’s F-9 Park on Aug 20.

The IHC had said it would indict the former premier, following which he had expressed the willingness to apologise to the judge.

The court had previously ordered the removal of terrorism sections from the  case registered against the PTI chief over his threatening remarks against the female judge and senior Islamabad police officials.