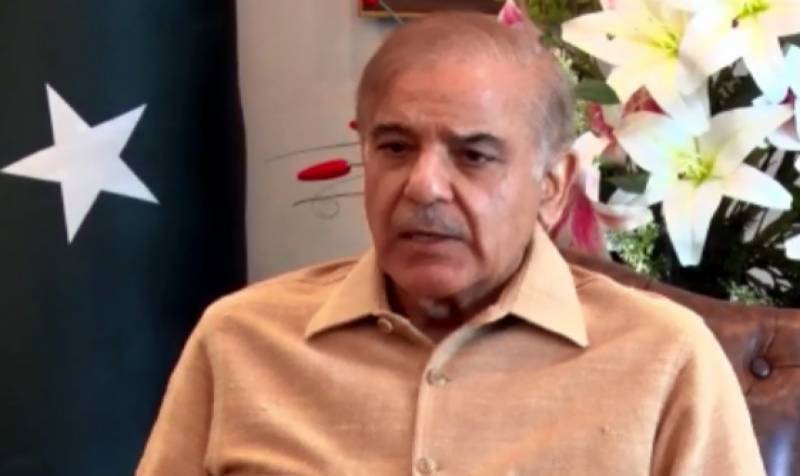 Islamabad (Web Desk): Prime Minister Shehbaz Sharif on Monday said that the manipulation of diplomatic cipher was equal to putting national security at stake and vowed that those involved would be held accountable before the law.

In a statement issued by the Prime Minister's Office (PMO), the premier, in strong criticism of the anti-State institution campaign launched by Pakistan Tehreek-e-Insaf (PTI) Chairman Imran Khan, whose recent audio leaks exposed his plot to 'play' on the cipher, said that every person was equal before the law.

"Being popular does not mean being exempt from the law. Law is equal for all," PM Shehbaz said.

He stressed that the audio leaks of Imran Khan uncovered the truth about a serious conspiracy against the interests of Pakistan.

"The thieves on caught red-handed now struggle to evade the law by indulging in defamation of the State institutions," PM Shehbaz said.

Earlier on Sunday, the federal cabinet gave its go-ahead to initiate legal action against former premier Imran Khan, his key cabinet ministers and his principal secretary Azam Khan in connection with the audio leaks where the former rulers discussed how to "play on cipher".

The approval came on the recommendation of a committee which was formed by the cabinet on Friday to deliberate and recommend actions regarding the conversation.

Following the recommendations, the cabinet gave its nod to the investigation and legal action against Imran, Azam Khan, and the relevant former ministers through the Federal Investigation Agency (FIA).

There were two audio leaks about the cipher, which the former prime minister had touted in March, weeks before his exit from the government through a no-confidence vote, that it proved that there was a foreign conspiracy against his government.

Purportedly, it emerged from the leaks that former premier Imran Khan, his then principal secretary Azam Khan and members of his cabinet, Shah Mehmood Qureshi and Asad Umar were consulting about using the classified diplomatic cable for political purposes.