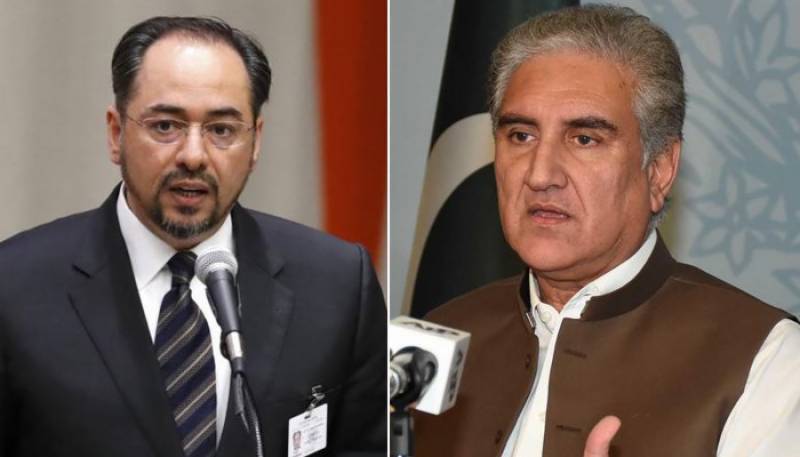 Afghan Foreign Minister congratulated him on his appointment as Foreign Minister of Pakistan and expressed the greetings and best wishes of government and people of Afghanistan for Pakistan, Radio Pakistan reported.

Both sides agreed on continued cooperation under Afghanistan-Pakistan Action Plan for Peace and Solidarity (APAPPS).

Pakistani Foreign Minister said as close neighbors, peace and prosperity of the two countries are interlinked. He highlighted the need to work together for achieving lasting regional peace.

The two leaders agreed that the next round of APAPPS would be soon held in Islamabad. They also welcomed the holding of joint Pak-Afghan Ulema Conference in Islamabad, the dates for which are being finalized.

Qureshi reiterated Pakistan’s commitment towards peace and stability in Afghanistan.