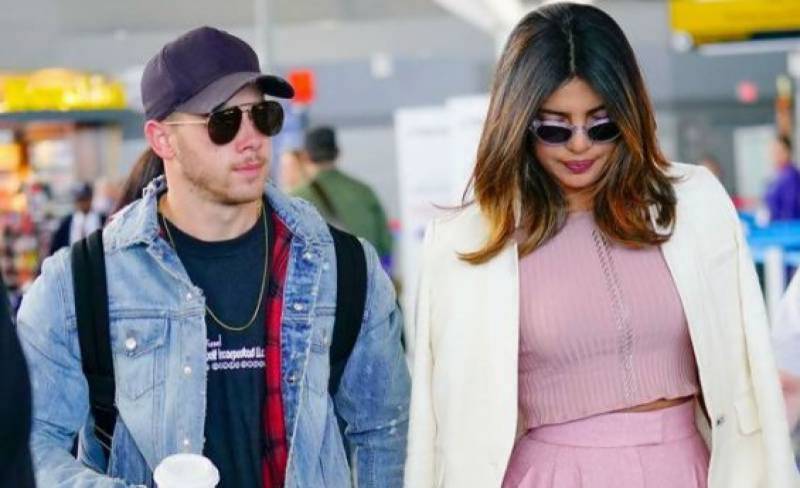 New Delhi (Web Desk): Bollywood star Priyanka Chopra and American singer Nick Jonas will tie the knot in the United States next year, according to reports.

Newly-engaged couple already begun planning their big day, if reports doing the rounds are anything to go by.

Last month, Nick and Priyanka made it official by getting engaged in a traditional roka ceremony at the actress's residence. Nick's parents Paul Kevin Jonas Sr and Denise Miller-Jonas flew down to attend the ceremony, and warmly welcomed Priyanka to the family. Now, it is being said that Nick and Priyanka will exchange vows in the US sometime next year.

"Priyanka and Nick have plans of getting married in the States. The engagement ceremony happened in India so the big day will surely be happening in the US. Even though they plan to wed next year, they have already started planning things. Post tying the knot in the US, they plan to host a grand reception in Mumbai for the actress's Bollywood and industrialist friends," a source told a magazine.

Recently, Priyanka's mother Madhu Chopra shut down all speculation about the wedding. "They haven't decided on a wedding date yet. It's too soon. These are just baseless rumours. Both of them have work commitments right now which they need to finish. They will take some time to decide where they want it and when they want it," she said.

The couple first set tongues wagging when they arrived together at last year's Met Gala, both dressed in Ralph Lauren creations. It was Priyanka's Quantico co-star Graham Rogers who introduced them, Nick revealed in an interview. Rumours that something was brewing between Priyanka and Nick were reignited this year, after they were clicked painting the town red together.