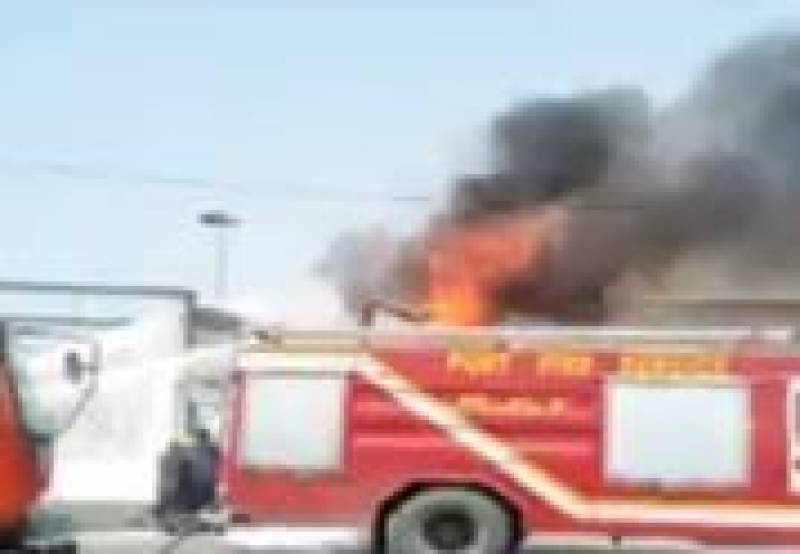 Karachi (Staff Report/Agencies): Supply of petroleum and oil products across the country was interrupted after a massive fire erupted at an oil terminal at Karachi's Keamari on Thursday.

According to rescue officials, at least two people who were working at the Keamari oil terminal at the time of the blaze lost their lives while four others were injured in the incident.

Keamari remains the major oil storage terminal in the country. Almost all oil marketing companies, such as Pakistan State Oil (PSO) and Shell Pakistan, supply petroleum products to their petrol pumps across the country through the terminal.