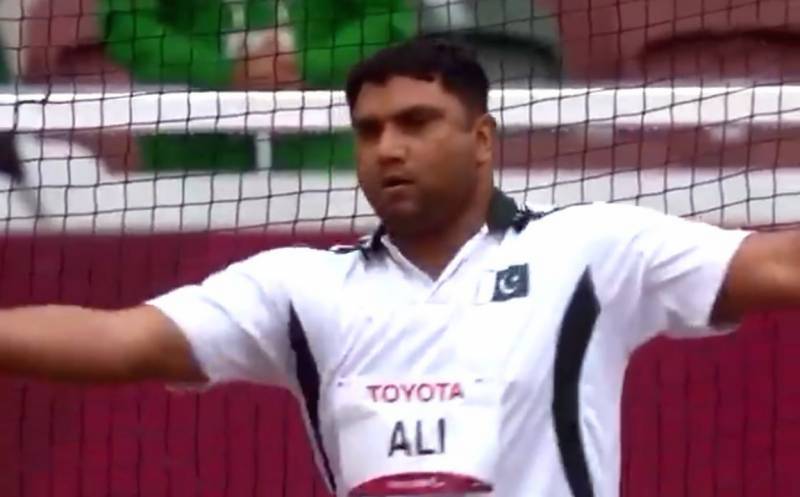 Lahore (Web Desk): Athlete Haider Ali made history on Friday by winning the first-ever gold medal for Pakistan at the 2020 Tokyo Paralympics.

Haider threw a 55.26 metres throw in his fifth attempt out of the total six he made to score the best distance.

The silver medal was bagged by Ukraine’s Zhabnyak with a 52.43 metres throw, while Brazilian Teixeira de Souza won bronze with a 51.86 throw.

The official Paralympics Games accounted posted on Twitter that the attempt was a “personal best” for Ali.

His throw of 55.26m is a personal best and almost three metres longer than second place! #Tokyo2020 #Paralympics #ParaAthletics pic.twitter.com/SD3rO1qlaF

Earlier, Haider had won two medals, a silver in Beijing and a Bronze in Rio in the long jump event for Pakistan.