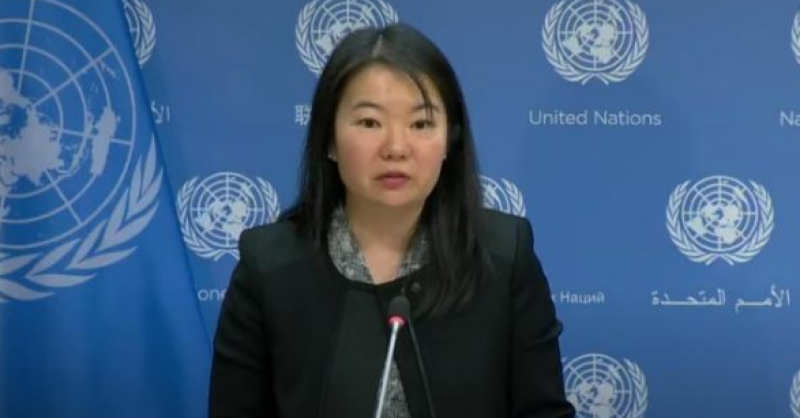 New York (Agencies): The United Nations (UN) has intensified drive to distribute relief materials to flood-hit people in Pakistan in support of the response to the disaster that has killed over 1,000 people and displaced 33 million.

In a briefing in New York on Friday, UN Spokesperson Eri Kaneko said that the world body has also deployed 14 mobile clinics to provide health care services in impacted areas.

The UN and its humanitarian partners have provided food aid to 300,000 people and clean water to 55,000 in flood-devastated areas of the country.

"In addition to this, we have delivered more than 71,000 emergency relief items including tents, plastic tarpaulins, cooking stoves, blankets, solar lamps and sleeping mats to refugee and host communities in the country," she said.

Over 1.1 million houses have now been damaged or destroyed and more than 470,000 people are living in camps, the spokesperson said.

Meanwhile, the United Nations Children's Fund (UNICEF) on Friday said that an estimated 16 million children have been impacted by the floods and at least 18,000 schools have been damaged or destroyed across the country.

Access continues to be a major obstacle to the delivery of aid and the ability of people to flee to safer locations, the spokesperson said. In total, over 5,000 kilometres of roads and 243 bridges have been damaged or destroyed.

On Tuesday, the UN launched a flash appeal requesting $160 million to provide assistance to millions of men, women and children impacted by the floods in Pakistan.