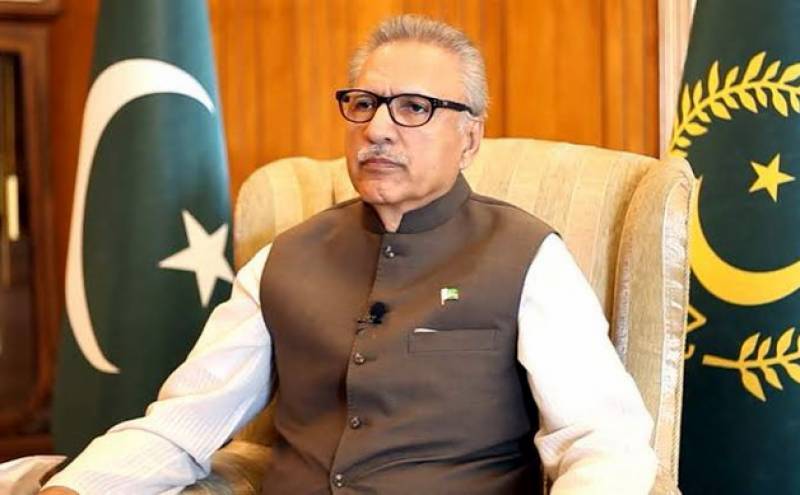 As per the letter, caretaker prime minister shall be appointed by the President in consultation with the Prime Minister and the Leader of the Opposition in the outgoing National Assembly.

It says in case the premier and the Leader of the Opposition do not agree on any person to be appointed as caretaker prime minister within three days of the dissolution of the National Assembly, they will forward two nominees each to a parliamentary committee comprising eight members having equal representation from the treasury and the opposition.

The members of that committee from the treasury and opposition benches are to be nominated by the prime minister and the leader of the opposition, respectively, in pursuance of Article 224-A(1) of the Constitution of Pakistan.

"It is worth stating that the Constitution has empowered the president, under Article 224-A(1), to appoint caretaker prime minister in consultation with the prime minister and the leader of the opposition in the outgoing NA," a handout issued by the President's Secretariat said.

Imran Khan shall continue to hold the office of Prime Minister till appointment of the caretaker prime minister.

Meanwhile, Opposition Leader in NA Shehbaz Sharif said that he would not take part in the process while terming it as "illegal".

He said that the president and the prime minister had broken the law and questioned how they could approach the opposition.

The development comes a day after NA Deputy Speaker Qasim Suri on Sunday disallowed a no- confidence motion against PM Imran and President Alvi dissolved the lower house of Parliament on the former's advice.