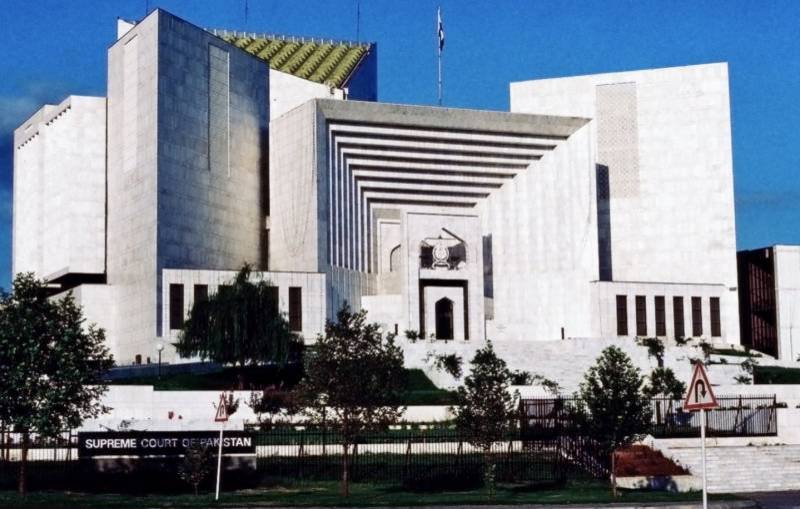 Islamabad (Web Desk): The Supreme Court (SC) on Monday resumed hearing on the suo motu notice taken by Chief Justice of Pakistan (CJP) Umar Ata Bandial on the legality of the current situation in the country following the dismissal of a no-confidence motion against Prime Minister Imran Khan by National Assembly (NA) Deputy Speaker Qasim Suri and the subsequent dissolution of the NA by President Arif Alvi on the prime minister's advice.

The apex court rejected a request to suspend the deputy speaker's ruling and issued a notice to Attorney General for Pakistan Khalid Khalid Jawed Khan to discuss the "constitutionality of the [deputy speaker's] decision" to dismiss the no-trust motion on the basis of Article 5 of the Constitution.

Article 5 obliges every citizen to be obedient to the Constitution and law and says that "loyalty to the State is the basic duty of every citizen".

In its written order, the court further observed that "prima facie, there is neither a finding recorded in the matter nor was a hearing granted to the affected party" as far as the deputy speaker's ruling is concerned.

However, the deputy speaker, in his detailed four-page ruling issued by the National Assembly Secretariat on Sunday evening, declared a “foreign state was interfering in the internal affairs of Pakistan and Prime Minister Imran Khan was its primary target”.

The deputy speaker dismissed the no-trust move against Prime Minister Imran Khan, terming it a contradiction of Article 5 of the Constitution.

A joint petition, filed by the PPP, PML-N and JUI-F through Farooq H. Naek, Azam Nazir Tarar and Kamran Murtaza, has also requested the apex court to declare the ruling of the deputy speaker, as well as the advice of the prime minister to the president to dissolve the National

Assembly and the subsequent dissolution of the assembly as illegal and unconstitutional.