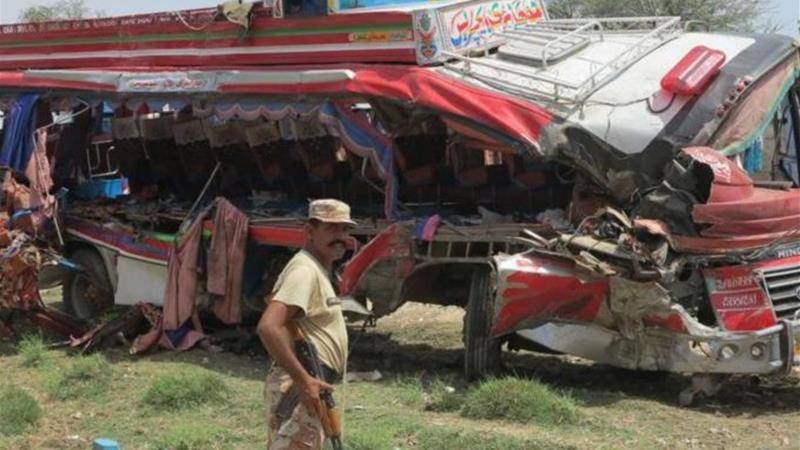 Faisalabad (Staff Report): At least five people were killed in a road accident near Faisalabad on Friday.

According to rescue officials, at least five people were killed and more than 15 passengers were injured when a collision took place between a passenger bus and trailer at Samundri bypass near Faisalabad.

The road crash occurred due to over-speeding.

The injured were shifted to DHQ for medical treatment.