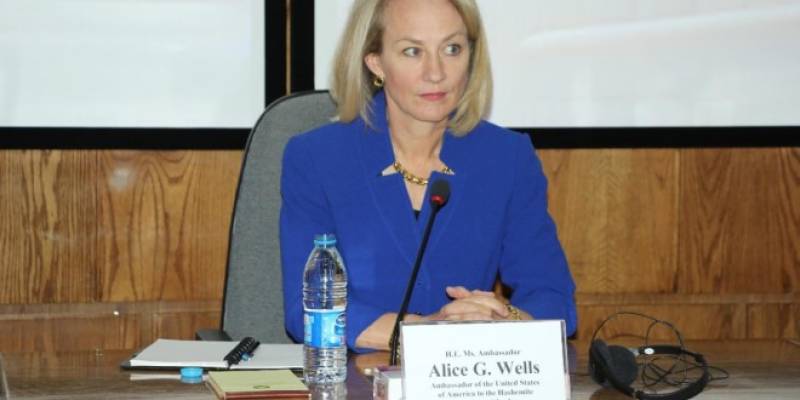 Islamabad (Staff Report): Acting assistant secretary of United States for South and Central Asian Affairs and acting special representative for Afghanistan and Pakistan, Ambassador Alice Wells, stressed that Pakistan’s soil must not be used to plan or conduct terrorist attacks against its neighbours.

According to a statement issued by the Foreign Office on Friday, Ambassador Wells visited Islamabad as part of her introductory trip to the region.

Noting the ongoing South Asia policy review, Wells underscored the value of cooperation across a range of sectors and mutual interests, including security, trade, and the stability and security of Afghanistan.

She appreciated Pakistan’s significant sacrifices in the fight against terrorism, read the FO statement.