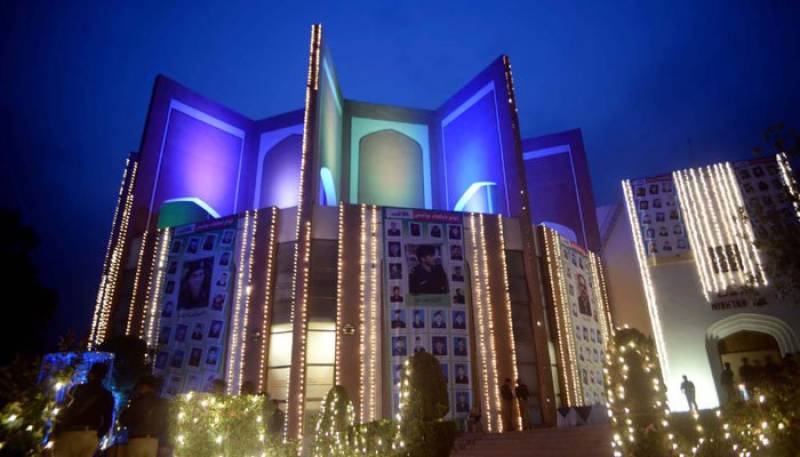 Lahore (Web Desk): Youm-e-Shuhada (Police Martyrs Day) is being observed across the country today (August 4) to pay tribute to the sacrifices of cops who laid down their lives while performing their duties.

The rallies were taken out nationwide in connection with the Martyrs Day to commemorate the sacrifices of police martyrs and express solidarity with the bereaved families.

In Lahore, IGP Punjab Capt (retd) Arif Nawaz Khan said the department was proud of its martyrs who sacrificed their lives to end terrorism and crimes, and protect the lives of people.

Addressing a candlelit vigil at Liberty Roundabout to pay tribute to the police martyrs, he said the martyrs were assets of the country.

The IGP further stated, "Sacrifices of our martyrs will not go to waste and the terrorists will fail in downing our morale."

He said well-being of the families of police martyrs was our responsibility, which would be fulfilled at every cost.

The participants also offered ‘Dua’ for the martyrs.

Chief of Army Staff (COAS) General Qamar Javed Bajwa saluted the martyred of the police and their brave families and said their sacrifices shall not go to waste.

“Salute to Suhadas of Police and their brave families from Pak Armed Forces. ‘Our sacrifices shall not go waste’, COAS,” DG ISPR Major General Asif Ghafoor tweeted on Friday.