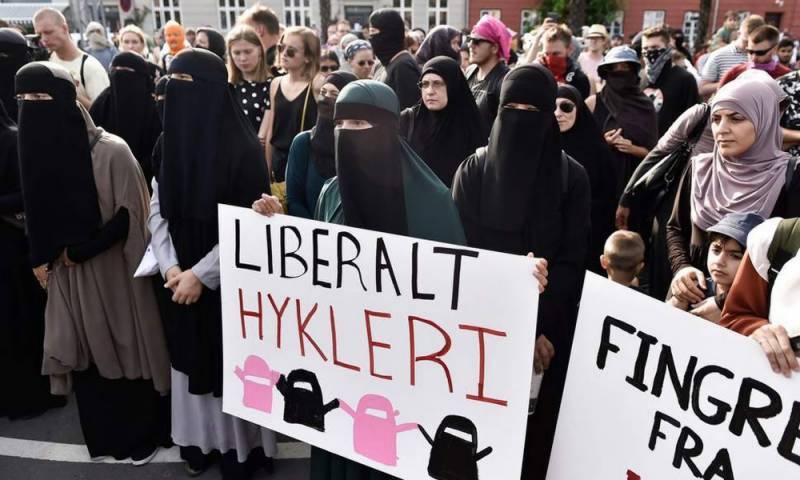 Stockholm (Agencies): The police in Horsholm area of Denmark on Friday issued their first fine to a woman who violated a new ban on the use of full-face veils in public spaces.

According to a foreign news agency, the 28-year-old woman who wore a niqab was due to receive a fine of 1,000 kroner ($156) through the pos.

The woman was involved in an altercation with another woman at a shopping mall in the town of Horsholm, just north of Copenhagen, the report said.

"During the fight her niqab was knocked off, but when we arrived, she had put it on again," officer David Borchersen said.

Police photographed the woman wearing her niqab and have also secured surveillance camera footage to determine whether the other woman deliberately ripped off her niqab.

Both women are under investigation for disturbing the peace, the report said.

The ban - approved by parliament in May - prohibits full-face veils like the niqab, balaclavas, face-covering ski masks, face masks and fake beards, but not protective masks.

It took effect on Wednesday amid protests in several cities.

Those who repeatedly defy the ban would face in a higher fine. Exemptions to the ban include scarves and other winter clothing, as well as costumes and masks worn for carnival or Halloween.