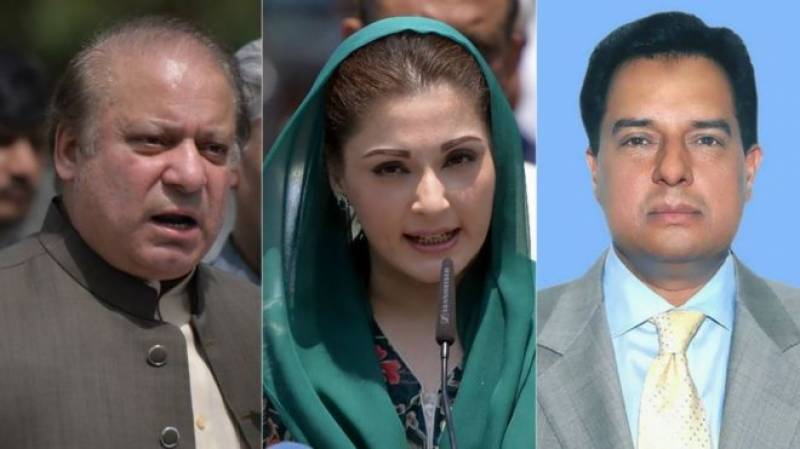 Lahore (Staff Report): Chief justice of the Lahore High Court (LHC) on Saturday formed a full bench to hear a petition seeking the revocation of the punishment handed to the Sharif family members in the Avenfield properties' corruption reference.

The hearing on the petition will take place on Wednesday, August 8.

It is pertinent to mention here that an accountability court on July 6 awarded a 10-year prison sentence to former PM Nawaz Sharif for owning assets beyond known income. His daughter Maryam Nawaz and son-in-law Captain retired Captain Safdar were also handed seven and one-year sentences respectively.

The convictions, delivered under the National Accountability Ordinance 1999, were subsequently challenged in the LHC by senior lawyer AK Dogar, who contends that the ordinance was promulgated by former president retired Gen Pervez Musharraf under Provisional Constitutional Order (PCO) No 1 of 1999 as well as order No 9 of 1999.

Dogar argued in the petition that the former prime minister and others were convicted by a court which has no jurisdiction because the law under which it (court) has been created is a dead law.

He further states that the high court should suspend the operation of the accountability court’s judgment for being a court established under a non-existent law.