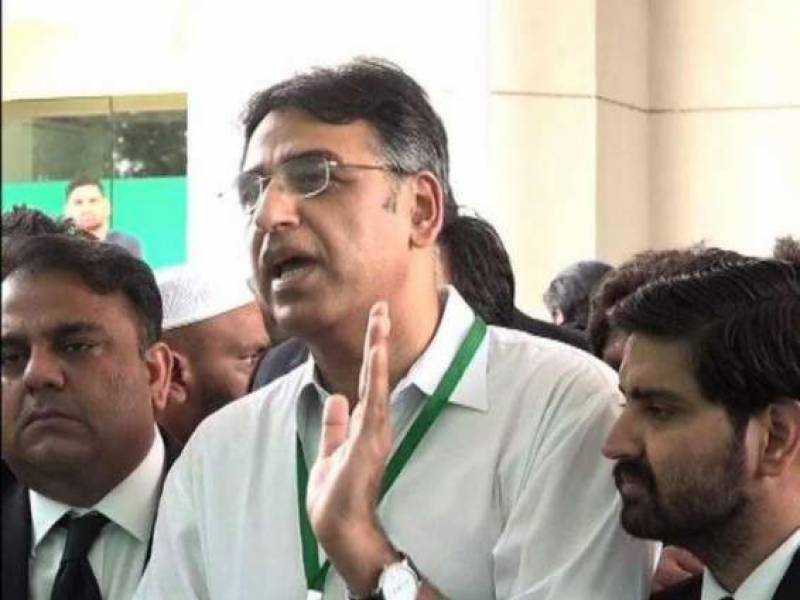 In an interview to a foreign news service, Asad Umar said the move will help cover up the lost revenue by introducing a wealth tax.

Asad said his party has not yet spoken to any potential lenders because no formal work can be started until the government is formed.

He said that within the first 100 days of the new administration, the state-owned firms will be shifted into a wealth fund similar to Singapore's Temasek Holdings Pvt. to remove them from political interference.

Imran Khan’s Pakistan Tehreek-e-Insaf (PTI) has emerged as the majority party in the National Assembly of Pakistan by securing 115 out of total 342 seats in the general elections on July 25.

PTI has claimed that it bags the required number of seats to form the government in centre and Punjab.

Talking to the media on Monday evening, PTI spokesperson Fawad Chaudhry said that the party had secured the backing of the lawmakers returned to the National Assembly.

The numbers are to be secured with the help of independents (seven seats), MQM-Pakistan (six seats), PML-Q (four seats), the Balochistan Awami Party (two seats) and the Grand Democratic Alliance (two seats).

On Friday, Muttahida Qaumi Movement-Pakistan (MQM-P) also announced to support PTI for the formation of government in the Centre.

Addressing a joint press conference after the meeting of MQM-P’s delegation to PTI chief Imran Khan at Bani Gala, PTI leader Jahangir Tareen said that both the parties have reached an agreement to become allies regarding formation of government in the Centre.