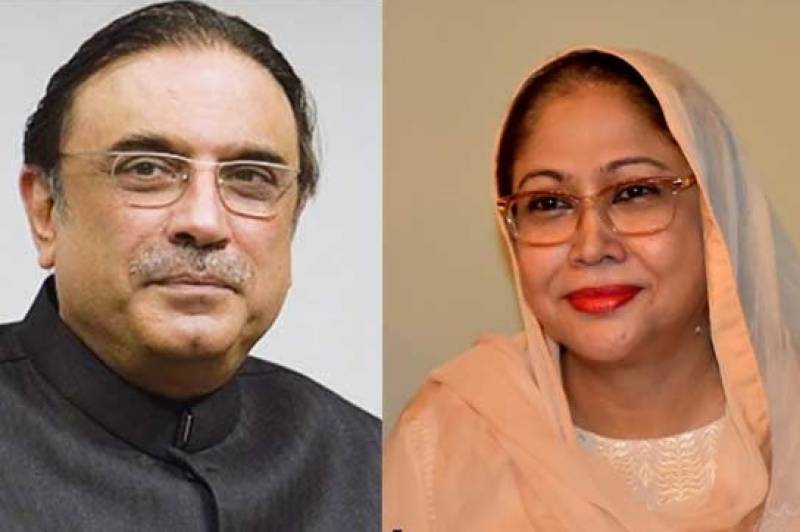 Karachi (Staff Report): Former president Asif Ali Zardari and his sister Faryal Talpur on Saturday once again failed to appear before a joint investigation team (JIT) probing a money-laundering case against them.

The PPP leaders have requested the Federal Investigation Agency (FIA) to form a new JIT due to their reservations against the current team head Najaf Mirza.

The counsel for Faryal Talpur Farooq H. Naik on her behalf raised the objections against the JIT head and requested the FIA to form a new investigation team.

The lawyer said that his client wants to “fully cooperate with the FIA". "However, she will not appear before the JIT today as she is currently in Larkana to submit the details of her assets."

He had termed the probe against him as "political victimisation" and claimed that the FIA DG was working on an anti-PPP agenda.

The Federal Investigation Agency’s (FIA) is investigating alleged fake bank accounts from which money was laundered and has named PPP leaders Asif Zardari and his sister Faryal Talpur , among the 32 suspects.

During the proceedings, the court clarified that the apex court had neither summoned Zardari and Talpur in personal capacity nor issued order to put their names on the ECL.