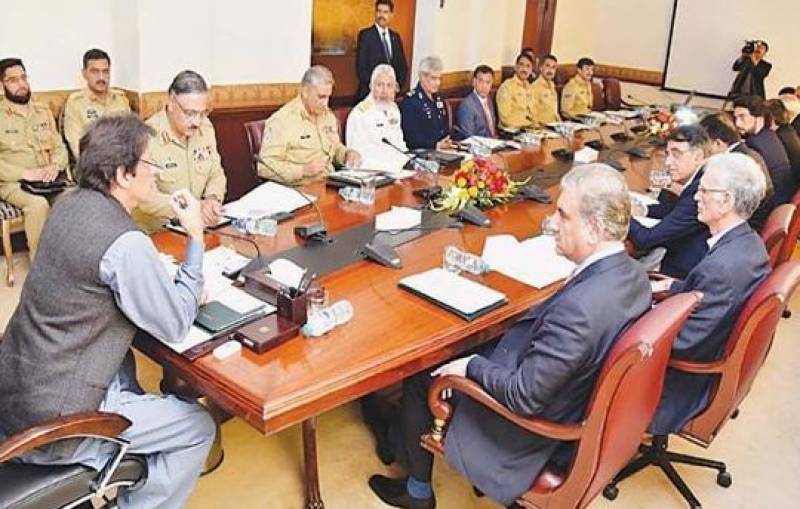 Islamabad (Agencies): Prime Minister Imran Khan on Sunday said that Pakistan will effectively respond to any type of aggression or provocation from India with its people's support.

While chairing the National Security Council's (NSC) meeting, PM Khan said India is totally disregarding international obligations and its arrogance will only result in heightening the conflict dynamics in the region. He invited attention of world leaders and international bodies towards irresponsible, unilateral and irrational behaviour of Indian leadership.

The PM reaffirmed Pakistan's resolve to respond to any Indian misadventure or aggression with full support of the nation.

The meeting was briefed on India's deplorable suppression of people of the Occupied Kashmir, plans to use bogey of terrorism for political ends disregarding situation on ground, use of cluster munitions against civilians to provoke Pakistan and use of disinformation to confuse the real intent which is changing the demographic structure and the internationally recognised disputed status Occupied Kashmir.

A briefing on the situation in IoK was given during the NSC meeting. The meeting was attended by the chairperson of the Joint Chiefs of Staff Committee (JCSC), the heads of all three armed forces, intelligence officials, federal ministers of defence, foreign affairs, and interior, and the directors-general of the Inter-Services Public Relations (ISPR) and the Inter-Services Intelligence (ISI).