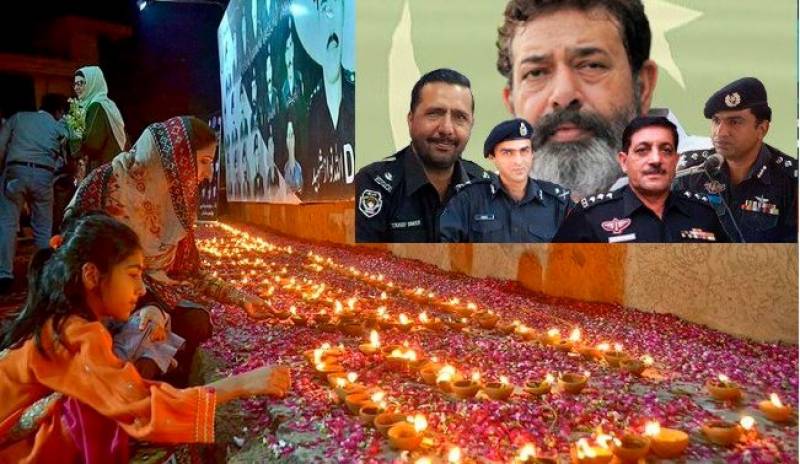 Lahore/Islamabad (Staff Report/Agencies): Police Martyrs Day observed across the country with an aims to honor brave fighters of the nation and express solidarity with their families.

Police Department honors the sacrifices of 'Jawans' who laid down their lives.

Special functions were held across the country to appreciate sacrifices of police force for establishing peace.

In a message on Police Martyrs Day, President Arif Alvi paid rich tributes to unmatched sacrifices of police officers and personnel. He said despite difficult situation and limited resources, the police has played an exemplary role in establishment of peace and protecting the lives of people.

In Lahore, a number of events were held to pay tribute to the police martyrs.

Quran Khawani was held at Jamia Masjid Police Lines, Qilla Gujjar in which a large number of policemen participated. Special prayers were offered on the occasion for peace, solidarity and prosperity of the country.

Special ceremonies also held in Karachi and other parts of Sindh in connection with Police Martyrs Day, to acknowledge sacrifices of the brave police officers and jawans and express solidarity with their families.

A ceremony was held at the grave of Shaheed Sifwat Ghayour in Peshawar on Sunday.

Meanwhile, addressing a ceremony in connection with Police Martyrs Day in Quetta on Sunday, Balochistan Governor Amanullah Khan said martyrs are the precious asset of the nation.

Chief of Army Staff (COAS) General Qamar Javed Bajwa paid tribute to the martyrs of Pakistan Police and their families in his message on the occasion of Police Martyrs Day.

The Martyrs Day was observed for the fourth consecutive year on the death anniversary of Shaheed Safwat Ghayur, the commandant of Frontier Constabulary Khyber Pakhtunkhwa Police who was martyred in a suicide attack on his vehicle on 4th August, 2010.