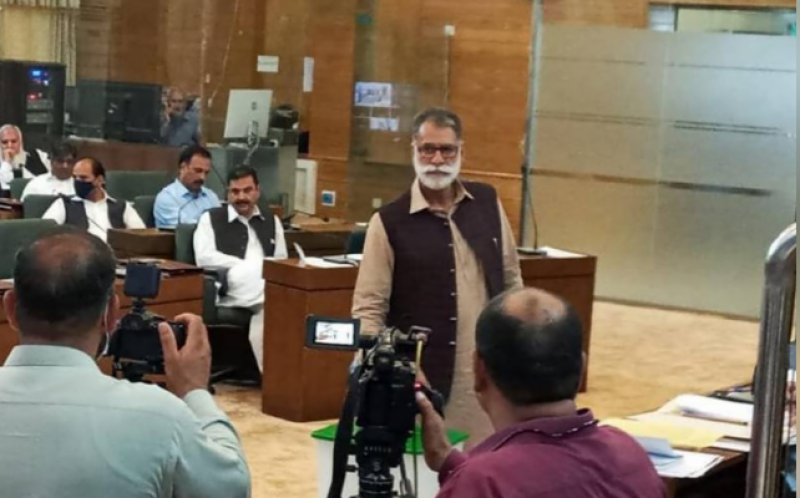 AJK Legislative Assembly met today under the supervision of Speaker Anwar-ul-Haq to elect the PM. During the session, the newly-elected members of the assembly used their voting right to finalize the premier.

This was confirmed by Minister for Information and Broadcasting Fawad Chaudhry in a tweet.

“The name was finalised after detailed consultations and keeping in view the proposals,” the minister said.

Fawad Chaudhry said that Abdul Qayyum Niazi is a genuine and vibrant political worker, whose heart beats with workers.

On Tuesday, PTI's nominees Anwar-ul-Haq and Riaz Gujjar were elected as Speaker and Deputy Speaker of the AJK Legislative Assembly.

Outgoing speaker Shah Ghulam Qadir administered the oath to the newly-elected members of the assembly.