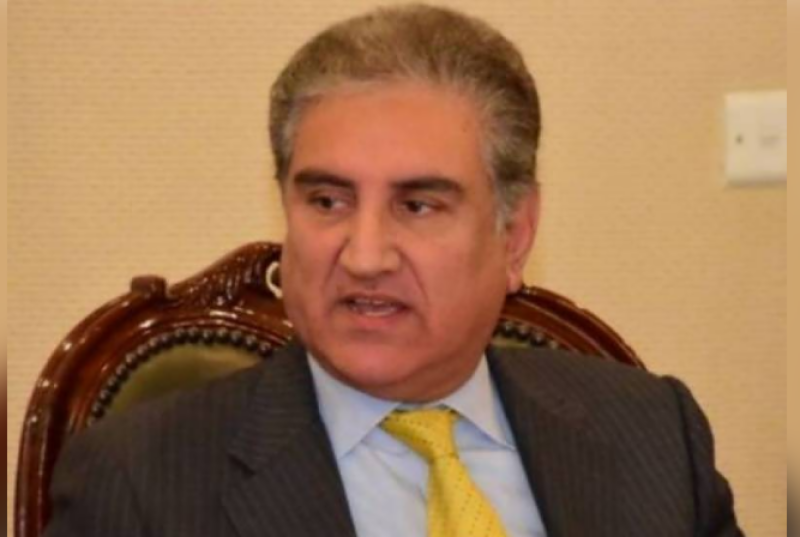 Islamabad (Web Desk): Foreign Minister (FM) Shah Mahmood Qureshi has written a letter to the UN Security Council (UNSC) and the UN Secretary General drawing their attention to the illegal, unilateral and draconian measures taken by India in Indian Illegally Occupied Jammu and Kashmir (IIOJK) to consolidate its occupation of the disputed territory.

In his letter, FM Qureshi categorically rejected all unilateral measures initiated by India in IIOJK, including the illegal measures announced by it on and after August 5, 2019, as well as any further unlawful steps that may be imposed in the future.

“All such measures are violations of international law, including the UNSC resolutions and 4th Geneva Convention, and, are ipso facto, legally and materially, null and void,” Qureshi said.

The letter highlights that, in order to suppress the people in IIOJK, India has deployed 900,000 security personnel, enforced the most extended curfew and lockdowns, imprisoned the Kashmiri political leadership, illegally detained 15,000 Kashmiri youth, tortured and extra-judicially killed young boys, put down peaceful protests violently, including by the use of pellet guns and imposed collective punishments by demolishing and burning entire neighborhoods and villages.

Noting India's active planning and promotion and financing of terrorist activities against Pakistan from across the borders, including the recent bombing in Lahore, FM Qureshi urged the UNSC to demand that India halt its terrorist and subversive campaign against Pakistan.

Recalling that a just settlement of the Jammu and Kashmir dispute in accordance with relevant UNSC resolutions and the wishes of the Kashmiri people is essential for sustainable peace in South Asia, Qureshi emphasized that the onus remains on India to create a conducive environment for engagement and result-oriented dialogue.

“To create such an environment, India must reverse all unilateral and illegal measures imposed in IIOJK, including those initiated on and after 5 August 2019; rescind the demographic changes and halt its oppression and human rights violations,” he said.

FM Qureshi also called upon the UNSC to fulfill its obligation to ensure the full implementation of its resolutions guaranteeing the exercise of Kashmiris' right to self-determination.