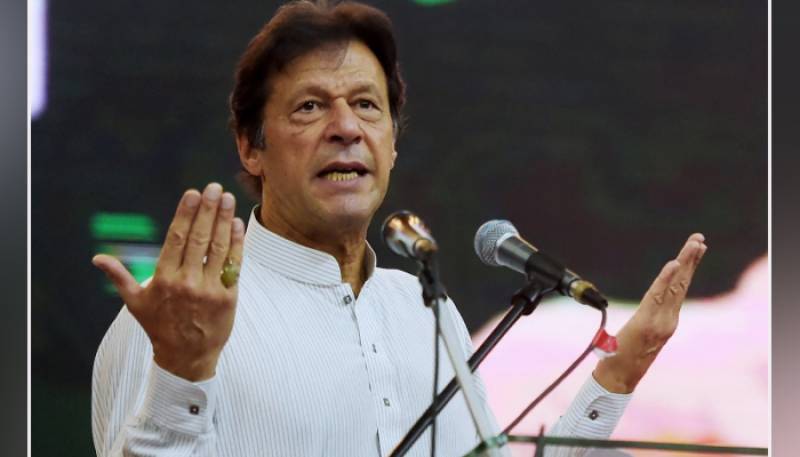 “PTI collected money from companies in 2017 and the law prohibiting this action was formulated in 2017; therefore, no law has been violated,” Imran Khan said.

Earlier, the PTI had announced holding a peaceful protest outside of the ECP on Thursday, demanding the Sikandar Sultan Raja’s resignation.

“Today I am calling all our people to come out in peaceful public protest against CEC & ECP in F-9 Park at 6pm,” PTI Chairman and former prime minister Imran Khan said in a tweet, and added, “I will be addressing the gathering between 7:00 - 7:30 pm.”

However, the party changed the venue after Interior Minister Interior Rana Sanaullah warned of strict actions if PTI workers try to enter the Red Zone.

Addressing a press conference in Islamabad alongside Information Minister Marriyum Aurangzeb, the interior minister that the demonstrators would be allowed to hold their protest at the nearby F-9 Park or the Parade Ground.