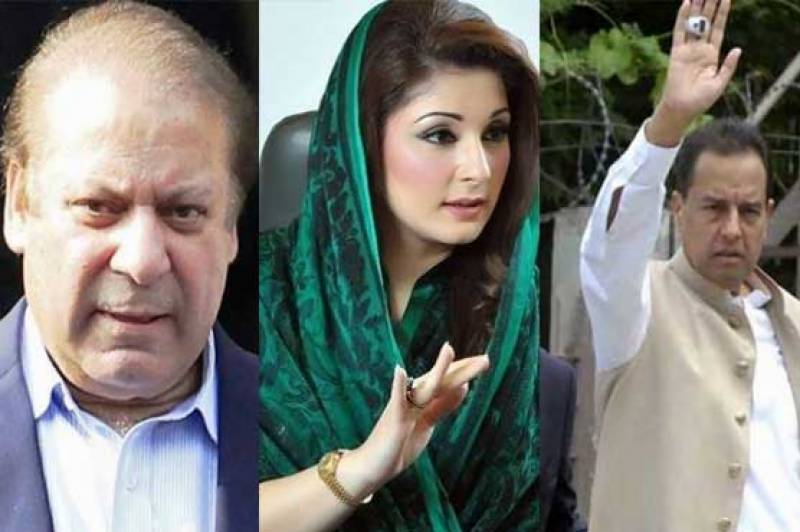 Ousted Prime Minister Nawaz Sharif and his daughter Maryam on Monday appeared at the Federal Judicial Complex, where corruption hearings against him are under way.

Nawaz's counsel Khawaja Harris informed the court that the Islamabad High Court (IHC) will announce around noon today its decision on their plea to club the three corruption references against Nawaz.

Harris pleaded the court to adjourn the hearing until the high court's decision.

Judge Mohammad Bashir then adjourned the hearing until 1pm today.

After leaving the courtroom Nawaz Sharif talked to reporters and expressed that it seems he will face punishment for the disqualification case against Pakistan Tehreek-e-Insaf leaders Imran Khan and Jahangir Tareen.

It is pertinent to remember that on November 28, during the last hearing the court had also not conducted any proceedings due to the absence of the defence counsel.

Nawaz is facing three corruption references in the Accountability Court filed by the National Accountability Bureau (NAB) in light of the Supreme Court's July 28 verdict in the Panama Papers case which led to his disqualification.

Nawaz and his sons Hussain and Hasan are named in all three references whereas Maryam and Safdar are only named in one corruption reference.