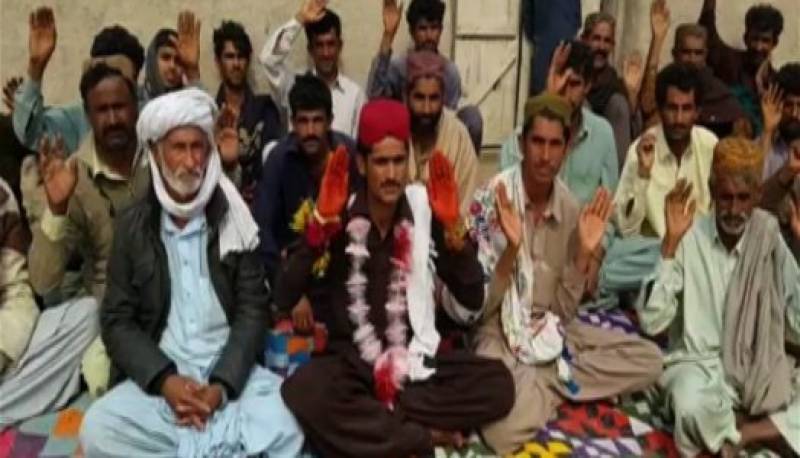 Ghotki (Staff Report): A bride along with her family escaped from her residence in a village on the day of her wedding, leaving the groom heart-broken.

According to reports, the groom, Bilawal, got married with Parveen 15 years ago. But it was decided that the formally marriage ceremony would take place when the girl would come of age. In a traditional ‘Watta Satta’ ceremony Bilawal’s sister Rubina got married the bride’s brother.

On the day of ceremony, when the groom wearing a brand new Sherwani reached the bride’s village, but the family of Parveen refused to honour their commitment. When no agreement was reached, the bride and her family escaped the village from the backdoor of their house.

However, the annoyed groom staged a protest outside the bride’s house. The groom demands to return his bride otherwise sit-up will be maintained till the demand is fulfilled.

Bilawal maintains that he had paid Rs.75,000 to the bride’s family as part of the wedding expense. He says, “I want my bride back”.