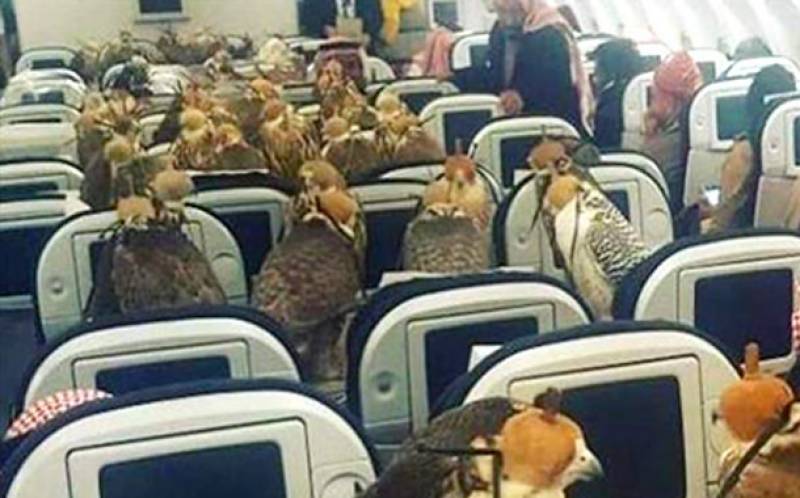 Dubai (Web Desk): A Saudi prince bought 80 tickets of a passenger jet for his falcons.

According to media reports, a picture posted on the Reddit has gone viral which shows a flock of blindfolded falcons seated on a plane around the cabin among passengers, each bird seemingly tied securely down to the seats.