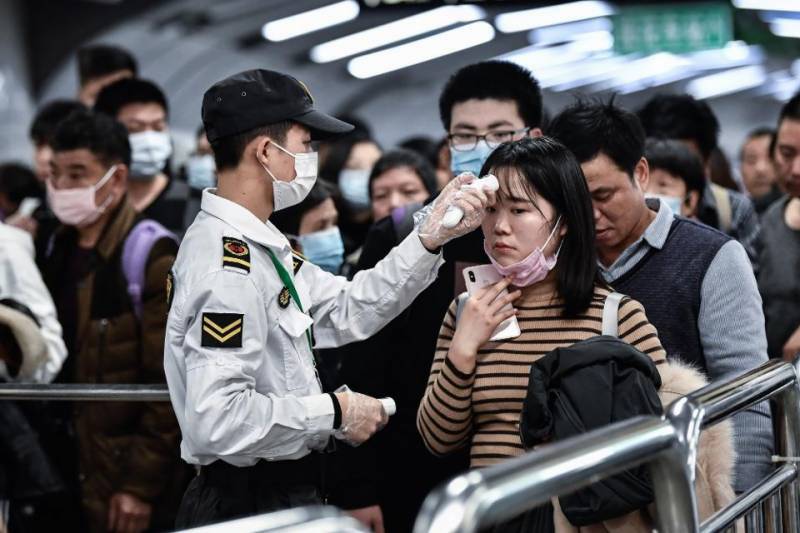 Beijing (Web Desk): The death toll from coronavirus climbed to over 400 after 64 more people died.

Hong Kong on Tuesday became the second place outside mainland China to report the death of a coronavirus patient as restrictions on movement were imposed in more cities far from the epicentre, including the home of tech giant Alibaba.

Three districts in Hangzhou — including the area where the main office of Chinese tech giant Alibaba is based — decided to allow only one person per household to go outside every two days to buy necessities, affecting some three million people.

Similar measures were imposed in Taizhou and three districts in Ningbo, with total populations of nine million, days after the same was done in Wenzhou, home to another nine million people.

Zhejiang province has confirmed 829 cases — the highest number outside the central region of Hubei, whose capital, Wuhan, is the epicentre of the outbreak.

The disease is believed to have emerged in a market in Wuhan that sold wild animals, spreading rapidly as people travelled for the Lunar New Year holiday in late January.