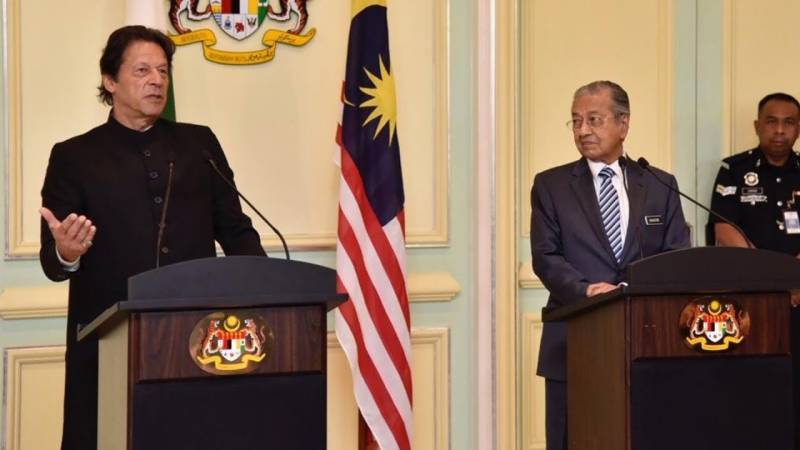 Putrajaya (Agencies): Prime Minister Imran Khan on Tuesday expressed his regret on being unable to attend the Kuala Lumpur Summit, held in Malaysia in December of last year.

Addressing a joint press conference alongside Malaysian Prime Minister Mahathir Mohamad in Putrajaya, PM Khan said, “There was a misconception among some countries that the conference would divide the ummah”. “I want to say how sad I was that I couldn’t attend the conference in Kuala Lumpur in the middle of December,” he added.

PM Imran also thanked his Malaysian counterpart for raising his voice on the issue of Indian occupied Kashmir which has been under lockdown for the last six months.

Khan said, unfortunately, a very radical and extremist government has taken over India which has put the Kashmiri people in an open prison.

“We are working on media projects to dispel the notions about Islam,” the prime minister said. “We will develop content for young people about the message of Islam.”

Mahathir said: “We agree on the need for regular discussions to strengthen trade relations by removing barriers in key areas.”

“We had a discussion with PM Imran on international matters. We also agreed upon the promotion of matters of mutual interests at all levels,” said the Malaysian PM.

Mahathir said he discussed palm oil with Khan – in Malaysia on a state visit – and that Pakistan had indicated it would import more from Malaysia.