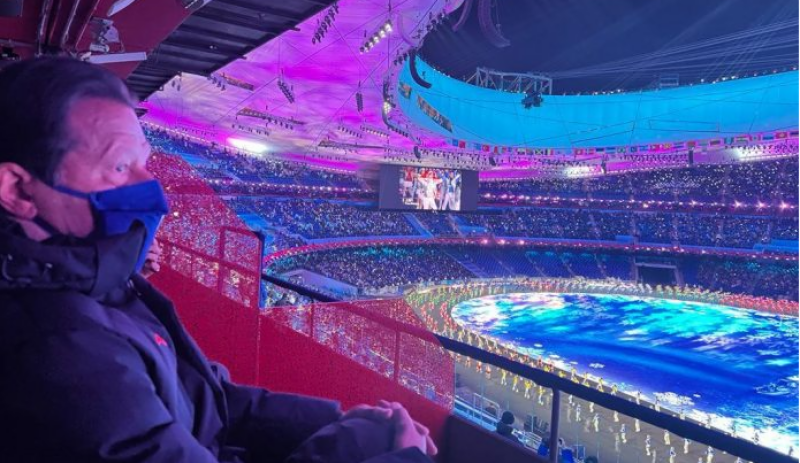 According to reports, around 3,000 athletes from 91 nations would compete across 109 medal events.

The athletes paraded at the opening ceremony including Muhammad Karim who would represent Pakistan in Alpine Skiing.

PM Imran and his delegation arose from their seats to join the spectators for welcoming Pakistan’s squad passing through the venue waving the national flag.

Starting from February 4, the games would continue till February 20.

The athletes made their way into the stadium through a spectacular entrance which has been described as “Gate of China” and “Window of China.”

The ‘Gate of China’ symbolizes that China opens its doors to welcome the world to the Olympic Winter Games.